Total sales revenues for 2011, which were previously announced as preliminary and have meanwhile been audited, stand at € 519.5 million. This is an increase of 135.6 percent (previous year: € 220.5 million).

The first-time inclusion of sales revenues from adixen as well as favorable developments in the core business were responsible for this good result.

The earnings development progressed as expected. The initial consolidation of the new subsidiaries had a marked effect on the Consolidated Statements of Income. As a result of the high sales revenues, an operating profit of € 61.8 million (previous year: € 52.9 million) and a net income of € 41.6 million (previous year: € 38.3 million) were recorded. The Management Board and Supervisory Board propose a dividend payout of € 3.15 per share. This results, as in previous years, in a payout ratio of 75 percent.

“In the first year after a large acquisition, Pfeiffer Vacuum is highly profitable. In view of our consolidated net profit of € 41.6 million, we intend to distribute € 31.1 million, which corresponds to a dividend of € 3.15 per share (previous year: € 2.90). Our shareholders therefore benefit from the Company’s new direction right from the start“, comments Pfeiffer Vacuum CEO, Manfred Bender, the results. Bender continues, “In future, Pfeiffer Vacuum will contribute even more actively to industrial trends, such as increasing digitalization and growing environmental awareness. Together with adixen, we provide perfect solutions which make numerous technological developments possible in the first place”.

A similar rate of growth occurred in the research and development market segment with 28.5 percent, reaching € 55.1 million (previous year: € 42.9 million).

Gross profit rose by 62.6 percent in 2011 to €167.4 million (previous year: € 102.9 million), corresponding to a gross profit margin of 32.2 percent (previous year: 46.7 percent). There was an increase in the operating profit of 16.8 percent to € 61.8 million (previous year: € 52.9 million). This corresponds to an operating profit margin of 11.9 percent (previous year: 24.0 percent). Almost all items of the Consolidated Statements of Income in 2011 are influenced by effects following the adixen acquisition. In the context of the purchase price allocation, the assets and liabilities of the adixen business units were revaluated with their fair value. The resulting higher values established for the assets acquired led to a rise in the depreciation and amortization base and so also in annual depreciation and amortization. 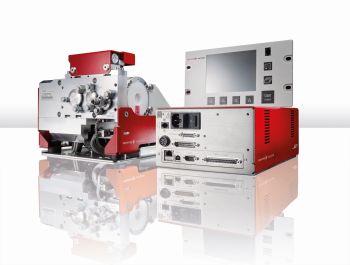 Pfeiffer Vacuum Announces Results for the First Half of 2013

Pfeiffer Vacuum Announces Results for the First Quarter of 2013

Revenues of € 100.0 million were achieved by Pfeiffer Vacuum in the first quarter of 2013.

Pfeiffer Vacuum Announces Results for the First Nine Months of 2011

As expected, Pfeiffer Vacuum s sales revenues developed very well during the first nine months of 2011. The significant increase of 155.8 percent over the previous year is not only due to the acquisition of former competitor adixen. The core business also considerably improved with an increase of a good 13 percent.

Pfeiffer Vacuum Announces Results for First Half of 2011

Pfeiffer Vacuum’s sales revenues developed on a very positive note during the first half of 2011. The significant 186.6-percent year-on-year rise was attributable – aside from the strong development of the company’s core business – first and foremost to the initial consolidation of the adixen operations.

Pfeiffer Vacuum has won the prestigious “R&D 100 Award” for developing the OnTool Booster. R&D Magazin awards this prize annually in recognition of the 100 most technologically significant new developments.