"We achieved record performance this quarter, supported by broad-based demand improvement across our key end markets and regions," said Chairman and Chief Executive Officer, Tom Williams. "Organic sales increased 8% growing faster than the overall market and positive order trends continued as orders grew 11%. Segment operating margin performance was strong and adjusted EDITDA margins increased 120 basis points to 17.6%. Industrial North America incremental margins were impacted by higher sales volume, which required us to run consolidating plants for longer than expected. Our productivity metrics for these plants improved as the quarter progressed and we expect steady improvement in Industrial North America incremental margins as plant closures continue during the rest of calendar year 2018. Overall, we are very pleased with the progress we are making."

Aerospace Systems Segment: Third quarter sales increased 4% to $598.4 million, and operating income increased 33% to $106.7 million compared with $80.0 million in the same period a year ago.

Parker reported the following orders for the quarter ending March 31, 2018, compared with the same quarter a year ago:

Williams added, "We expect record performance in fiscal year 2018 that will serve as a solid foundation for us to achieve new five year targets that include 19% total segment operating margins and a greater than 10% compound annual growth rate in adjusted earnings per share by fiscal year 2023." 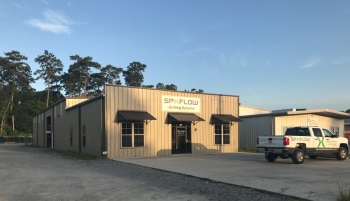 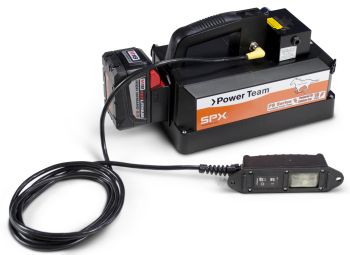 SPX Flow Hydraulic Technologies, a worldwide leader in hydraulic pumps and tools, has broadened its hydraulic power pump range with the addition of the PB Series Cordless Battery Hydraulic Battery Pumps to its portfolio.