Parker Hannifin Corporation reported record year end results in sales, earnings and cash flow from operations. The company delivered strong growth in revenues for the year and the quarter as annual sales topped $9 billion for the first time in Parker's 88-year history.

Earnings per diluted share for the year and the quarter also reached all time highs, while cash flow from operations reached a record $954.6 million, or 10.2 percent of sales, surpassing last year's record of $853.5 million.

"By continuing to execute Parker's Win Strategy, our employees delivered another outstanding year of record results for our shareholders," said Chairman and CEO Don Washkewicz. "We have demonstrated our ability to grow our business year after year after year. In 2006, the company grew by more than 16 percent, nearly half of which was organic. This is the 2nd year in a row in which we've achieved organic growth of more than 8 percent. All segments contributed strongly to this growth, reflecting continued demand around the world for our motion and control technologies. We continue to rank our return on invested capital (ROIC) near the top quartile among our peers. In addition, our ability to generate record levels of cash flow enabled us to continue investing in strategic acquisitions during the year. Our focused and disciplined use of our cash flow allowed us to add nearly $1.0 billion in annualized revenues through 13 acquisitions this year, furthering our reputation as the motion and control industry consolidator of choice."

The company projects earnings from continuing operations for fiscal year 2007 to range from $5.80 to $6.30 per diluted share.

"Our proven mix of organic and acquisitive growth, our balance of OEM and MRO sales, and our past, present and future execution of the Parker Win Strategy lead us to project another year of strong sales and earnings in fiscal 2007," added Washkewicz. "We will continue to use our strong cash flow to grow our business through both internal initiatives and strategic acquisitions. In addition, the diversity of the many markets we serve in the motion and control industry helps mitigate market risk, counter business cyclicality and create ever widening opportunities for profitable growth."

"Going forward, we will continue to rely on the dedication of our talented employees, the expertise of our global distribution network, and the opportunities provided by our customers to deliver value to shareholders." 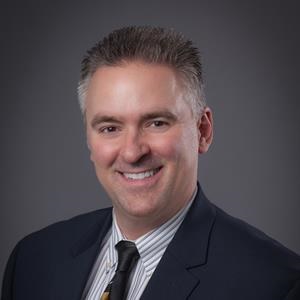 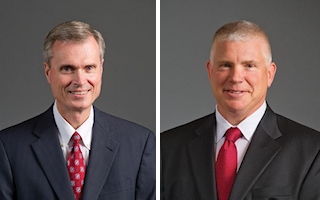 Parker Hannifin announced that its Board of Directors has elected company veterans Thomas L. Williams as Chief Executive Officer and Lee C. Banks as President and Chief Operating Officer, each effective February 1, 2015.

Parker Hannifin has appointed Candido Lima, age 47, as Vice President and President – Latin America Group, effective November 1, 2012. Mr. Lima succeeds Ricardo Machado, age 64, who will retire at the end of January, 2013 after 20 years of dedicated service to Parker. Until retirement, Mr. Machado will work to ensure a smooth transition of his responsibilities to Mr. Lima.

Parker Hannifin reported an increase of 6 percent in total orders for the month of October compared to the same month a year ago.