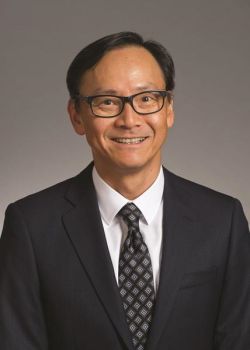 "Bob s retirement marks the end of a truly outstanding career at Parker. For a decade, he led the Fluid Connectors Group through a period of rapid global expansion and record-setting financial performance. More recently, Bob has accelerated Parker s digital transformation to position the company for the future," said Tom Williams, Chairman and Chief Executive Officer. "I want to thank Bob for his transformational leadership and for the lasting impact his contributions have left on Parker and those around him. We wish Bob and his wife Sharon the very best in retirement." Mr. Bond will be assisting Michael Chung during the transition.

While leading the Fluid Connectors Group, Mr. Bond successfully balanced significant global expansion, numerous acquisitions and the development of innovative new products and services, enabling the group to achieve strong performance. As Vice President - eBusiness, IoT and Services, he was responsible for driving the development of Parker s eBusiness platform, expanding the company s global service offering across all technologies, and establishing a foundation for Parker s Internet of Things initiative. As key goals of the Win Strategy, these initiatives will contribute significantly to improving the customer experience and Parker s financial performance.

Commenting on Mr. Chung s new role as Vice President - eBusiness, IoT and Services, Mr. Williams said, "Michael s global leadership experience, and operations expertise across several key Parker groups and regions, will allow him to make the transition to this leadership role quickly and have an immediate impact. Importantly, Michael s vision is aligned with the tremendous opportunity we see to expand the use of web-enabled solutions and services across our broad technology platform to better serve our customers and help improve their productivity and profitability."

Mr. Chung joined Parker as an Electromechanical Field Applications Engineer in 1986 within the Automation Group. He advanced through positions of increasing responsibility within the group, including sales manager and general manager. In 2003, Mr. Chung broadened his experience, serving as Country Managing Director for Parker s operations in Korea. He became the Vice President of Operations for the Hydraulics Group in 2005, and became Vice President and President - Asia Pacific Group in 2008. Mr. Chung most recently served as Vice President and President - Automation Group, a position he has held since 2012. He has an undergraduate engineering degree from Carnegie-Mellon University and has completed the Advanced Management Program at Harvard Business School.