Nomination Committee of AB SKF for the Annual General Meeting 2008

The Annual General Meeting of AB SKF will be held in Gothenburg on 16 April, 2008.

SKF reports record third quarter sales and profit. Operating profit rose 17.2% and sales 12.8%. Basic earnings per share increased by 20.4%. The outlook is for continued good volume growth for the fourth quarter of 2007.

For the eight year in succession, SKF has been selected to be a member of Dow Jones’ Sustainability World Indexes (DJSI World) and the pan-European sustainability benchmark (DJSI STOXX).

Ingalill Östman has been appointed Senior Vice President, Group Communication. She will take up her position on January 1, 2008 and replaces Lars G Malmer who will retire. 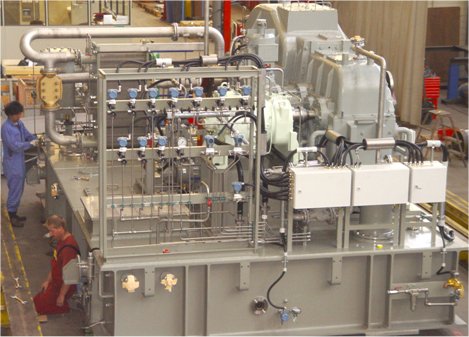 Babcock-Hitachi Europe GmbH (BHE) is expanding its two Hungarian brown-coal and gas power stations, Matra and Nyiregyhaza, with a total of three Hitachi gas turbine systems. The Plant Construction Division of Allweiler AG is to supply the lubricating oil plants for all of the turbines.