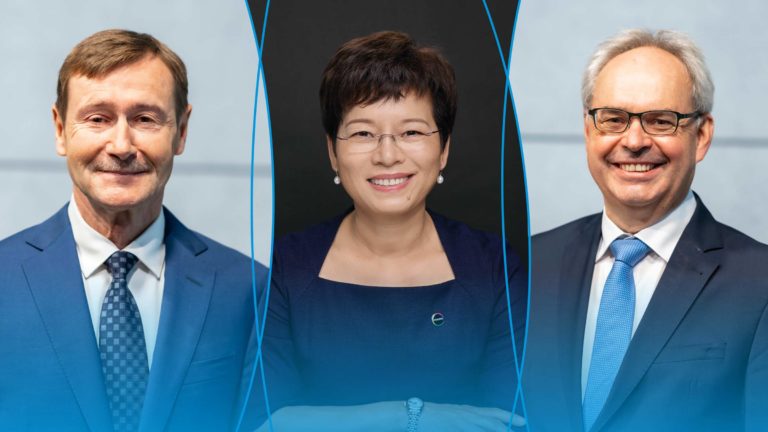 At this meeting, former Siemens AG Managing Board member Klaus Helmrich was elected as its new Chairman. The six changes concern three roles on the shareholder side and three on the employee side. Comprising six women and six men, the Board continues to have equal gender representation.

“On behalf of the Executive Board and the employees of GEA, I would like to thank the departing Supervisory Board members for their many years of service and great dedication to the Group. They are part of the reason why GEA is currently so well positioned despite the challenging economic environment,” said Stefan Klebert, CEO of GEA Group AG. “At the same time, I am pleased to welcome our new members, who join the Supervisory Board with a wealth of expertise, and I look forward to our successful cooperation.”

At the AGM, the shareholder representatives on the Supervisory Board were newly elected for a four-year term. Professor Annette G. Köhler, Dr. Molly P. Zhang and Colin Hall were re-elected. In addition, Holly Lei, Klaus Helmrich and Professor Jürgen Fleischer were appointed as new Supervisory Board members. These new members replace Dr. Helmut Perlet, Jean E. Spence and Ahmad M.A. Bastaki, who served on GEA’s Supervisory Board for many years and did not stand for re-election.

By resolution of the Düsseldorf Local Court, the serving Supervisory Board members Brigitte Krönchen and Michael Kämpfert as well as two new members, Claudia Claas and Roger Falk, were appointed as employee representatives on the Supervisory Board. Dr. Cara Röhner and existing member Rainer Gröbel – who represent German trade union IG Metall – were also appointed by the court.