New Member for Management Board of Voith Hydro Holding

As per March 1, 2013 Dr. Norbert Riedel will be joining the Management Board of Voith Hydro Holding GmbH & Co. KG. Within the Group Division which is responsible for hydropower and ocean energies at Voith he will hold the position of Chief Technology Officer (CTO), being in charge of the Central Technology Department, which also covers the company s research & development activities. 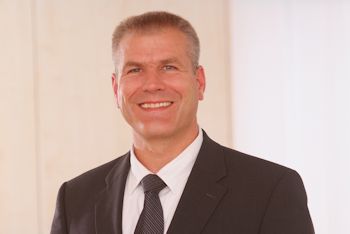 In his new function, Dr. Riedel succeeds Dr. Siegbert Etter, who is entering his well-deserved retirement after over 30 years of service for Voith.

Dr. Riedel has been working for Voith since 1998. After studying aerospace engineering at Munich Technical University and obtaining a doctorate at the Chair for Hydraulic Machinery and Plants, he joined Voith Hydro as a design engineer and, over the following years, worked in various positions of the Central Technology Department. In 2003 he took over the management of Corporate IT and was appointed as Chief Information Officer.

This was followed in 2006 by a post in the USA as Chief Engineer at Voith Hydro Inc., where Dr. Riedel was in charge of the engineering activities for generators, turbines, automation and plant projects for new business and modernizations. In 2011, Dr. Riedel became President and Managing Director of the Voith Hydro Engineering Center (VHEC) International.

His predecessor as CTO, Dr. Siegbert Etter, can look back on a highly successful career in the hydropower business. With his expert knowledge and his experience he has made a significant contribution to the development of hydropower technologies over the last few decades. As a globally recognized authority he gained an outstanding reputation among customers, as well as with numerous technical committees, institutions and universities.