Friedrich Rufer, Head of Finance and Accounting at Georg Fischer AG and a member of the Executive Committee, will retire at the next Annual General Meeting on March 17, 2004. 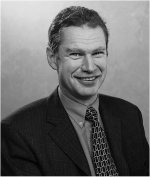 As part of its long-term succession planning, the Board of Directors of Georg Fischer AG, at its meeting on December 15, 2003, took the following decisions concerning personnel effective as of March 17, 2004:

Before joining the Corporation, he had held various leading management positions in internationally operating Swiss companies. In recent years he has systematically developed the Finance and Accounting unit at Georg Fischer, bringing it up to its current high level. He has also been instrumental in the successful conclusion of various acquisition and divestment projects on behalf of Georg Fischer.

The Board of Directors has appointed Dr. Roland Abt, born 1957, currently head of Finance and Controlling (CFO) at the Agie Charmilles Group, to succeed Friedrich Rufer as Head of Finance and Accounting and as a member of the Executive Committee. Roland Abt studied economics at the University of St. Gallen and between 1987 and 1995 worked for the Nueva Group where he held leading positions in both finance and accounting and was Managing Director and Head of Division in Switzerland and South America.

In 1996 Roland Abt joined the Georg Fischer Corporation as Finance Director of the Piping Systems Corporate Group. In 1997 he was appointed Head of Finance and Controlling at Agie Charmilles. Thanks to his broad training in finance and accounting, his many years of working abroad and his line experience, Roland Abt is very well equipped to handle the new and challenging tasks at Corporation level, which will in future include Investor Relations.

After more than 25 years at Mitsubishi Corporation, Hirohide Gohda continues his career with pump company Svanehøj, where he has been appointed as director and head of office in Kobe, Japan.

Seepex is pleased to announce the promotion of Chris Karasch to National Sales Manager. Chris joined Seepex over 12 years ago as a Territory Manager and has gained valuable insight into the progressive cavity market.

After more than 25 years as head of the Institute of Hydraulic Fluidmachinery (Graz University of Technology), Helmut Jaberg retired at the end of the summer semester 2020 and is now professor emeritus.