National-Oilwell, Inc. and Varco International, Inc. jointly announced that, based upon a review of stockholder proxies returned to the companies to date, they expect to close the previously-announced merger of the two companies on the afternoon of March 11, 2005,...

...promptly after receipt of approval of the merger by their respective stockholders. Special meetings of the stockholders of each company to approve the merger have been scheduled for the morning of Friday, March 11, 2005.

The companies have received notice from the U.S. Department of Justice that it has concluded that it will not challenge the proposed transaction or require divestitures. All other material regulatory approvals that are necessary prior to closing have either been received or the associated review period has expired.

The definitive joint proxy statement/prospectus was mailed on or about February 9, 2005, and contains important information regarding the proposed merger as well as the exact times and locations of the respective special meetings. The companies will continue to provide any further appropriate updates through press releases or form 8-K filings. 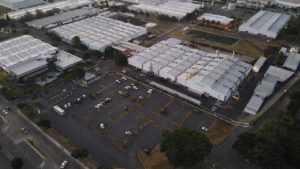