National-Oilwell, Inc. and Varco International, Inc. jointly announced that the merger of the two companies was approved by stockholders of each company by substantial margins.

National Oilwell Varco is a worldwide leader in the design, manufacture and sale of equipment and components used in oil and gas drilling and production, the provision of oilfield inspection and other services, and supply chain integration services to the upstream oil and gas industry. 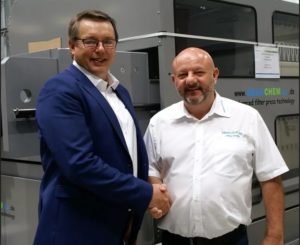