Mouvex is pleased to announce the launch of its CC20 Eccentric Disc truck pump in the United States used oil truck and transport market. 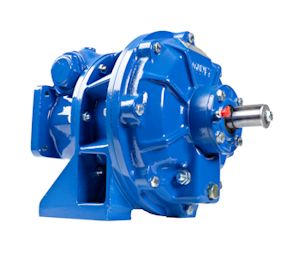 Developed as a vehicle-mounted solution for loading and unloading trucks and transports, the Mouvex CC20 pump’s unique design also enables it to be used as a ground-based pumping unit. The CC20 incorporates eccentric disc pump technology that consists of a stationary cylinder and disc that is mounted to an eccentric shaft. As the eccentric shaft is rotated, the disc forms chambers within the cylinder, which increase at the suction port and decrease at the discharge port. During operation, the discharge pressure exerts itself against the eccentric disc, preventing it from slipping. This low slip between the disc and cylinder gives the CC20 eccentric disc pumps tremendous self-priming and line stripping capabilities.

The new Mouvex CC20 pumps will be available on November 1, 2012. Mouvex CC20 pumps are ideal and should be considered for waste or used oils, and related products. Mouvex CC20 pumps are compact, providing reduced weight and easy installation. In addition, the CC20 pumps are available in cast-iron and have built-in relief valves to protect the pump from overpressure situations. The CC20 is available with flow rates up to 88 gpm with pump speeds up to 500 rpm. Optional features include drain plugs, direct drive through PTO drive shaft or hydraulic motor drive.

The Mouvex CC20 pump will be officially unveiled at the upcoming 29th Annual Tank Truck Show & Maintenance Seminar, hosted by NTTC, in Louisville, KY, on October 22-24. The new CC20 will be on display in the Werts Welding & Tank Service booths 219 and 221, and Blackmer booths 236 and 238.