Motors and pumps are among the assets that can be monitored by 8Power sensors. (Image source: Isle Utilities)

The regular webinars, which are open to all, are hosted by Isle chairman Dr Piers Clark and look at the new coronavirus and global pandemic through a water industry lens.

Insights from academia and the experiences of utilities around the world are shared, along with expert analysis providing insight into broader developments in science and technology bringing change in the world of water and wastewater. Here is a round-up of learnings from the fifteenth Water Action Platform webinar, which took place on 23 July.

1. Virus found in Brazilian sewage months before first reported case
Recent research from the Federal University of Santa Catalina in Brazil adds to the body of evidence that wastewater has a role to play in identifying presymptomatic or asymptomatic cases of Covid-19 in the community. A preprint (not yet peer-reviewed) academic paper identifies the presence of the virus in two separate samples taken in state capital Florianópolis on 27 November 2019 - two-and-a-half months before the first case was reported in the area - and in subsequent samples up until March 2020. The research also shows the relationship between ribonucleic acid (RNA) detected in sewage and the scale of the outbreak. Water utilities around the world are revisiting stored wastewater samples to help identify when the severe acute respiratory syndrome-related coronavirus (SARS-CoV-2) first appeared.

2. Wastewater epidemiology has major role in identifying ‘silent’ cases
The latest research showing the risk posed by “silent transmission” of Covid-19 from asymptomatic and presymptomatic infections also helps make the case for WBE.

An academic paper from four universities in Canada and the USA, featured on the Water Action Platform, demonstrates that the majority of Covid-19 infections may be attributable to silent transmission from presymptomatic and asymptomatic cases.

Presymptomatic stage and asymptomatic infections together account for over 50% of transmission. Consequently, even immediate isolation of all symptomatic cases is insufficient to achieve control.

Symptom-based isolation needs to be supplemented by testing that identifies asymptomatic and presymptomatic cases to control the spread of the disease.

Dr Clark says, “This research indicates more strongly than ever before that the current symptom-based isolation approach adopted by many countries has to be supplemented by a rapid track-and-trace system. This is exactly where a WBE system that can give an early warning of an outbreak has a major part to play. We must keep working to make this a reality.”

3. Video reveals top 10 things to know about Covid-19
As the water industry seeks to bring personnel up-to-speed on Covid-19, the Water Action Platform has released a new video top 10 of essential facts. The three-minute recording is presented by biochemist and microbiologist Dr Jo Burgess, who is leader of the knowledge hub on SARS-CoV-2 in wastewater.

This handy guide is openly available on the Water Action Platform and Isle’s YouTube channel and is a useful training tool, explaining terminology, how soap kills SARS-CoV-2, and why research on the SARS that caused the 2004 epidemic is still useful today. A longer eight-minute lecture by Dr Burgess is also available.

4. Flushed PPE putting pressure on sewage works
Increased use of personal protective equipment (PPE) in the last few months has meant a massive increase in unsuitable items being flushed. These are blocking sewers and collecting at the heads of sewage works around the world, creating a range of problems.

In Zahgreb, the capital of Croatia, a public appeal was made after the central water treatment system became clogged with a large quantity of unflushable items including disinfectant wipes, respiratory masks and latex gloves.

“To make matters worse,” said Piers Clark, “the workers had to clean the purifier by hand, thus exposing themselves to further risk. The importance of flush-it campaigns is now more important than ever.”

5. Self-powered sensors could revolutionise condition monitoring
Asset monitoring technology company 8Power, a spinout from the University of Cambridge, has developed a sensor that can monitor industrial assets using vibration energy harvesting (VEH). In a world where remote monitoring is becoming ever more important, these fit-and-forget devices that self-power both the sensor and the wireless communications for at least ten years, have no need for battery changes or other energy sources.

Dataflows from equipment such as motors and pumps can be picked up and analysed on a mobile phone, alerting operators early on to potential issues with equipment. Research with one UK water company shows that 8Power’s devices can save up to 10% of a utility’s reactive maintenance budget, which can represent £millions for some organisations.

Paul Egan, chief executive of Power8 says, “Sensors are only going to get smarter so they’re going to need more power. Bigger batteries are not the answer, so it has to be a change - we believe that’s going to be energy harvesting. Removing the problem of having to change batteries is going to accelerate the adoption of these kinds of technologies.”

6. Gamification can encourage 10% water savings
A collaborative European SmartH2O project has reported on a gamification trial that shows how household water consumption can be reduced by adopting a playful approach. Gamification is the use of computer game design elements in non-gaming concepts and in this study people were encouraged to compete to save water using comparative visualisations and water-saving tips with rewards attached.

The results showed an initial peak of water-saving activity that eventually settled down to a constant level, which, after adjusting for seasonal variations, represented a saving of around 10 per cent.

“As we enter into the summer drought months, solutions like this may prove to be very cost effective,” said Dr Clark.

The online network, initially set up by consultancy Isle as part of the water industry’s response to Covid-19, is growing rapidly and now boasts 960 members and over 472 organisations from 69 countries, with Guatemala, Croatia and Egypt being the latest to be represented.

The next webinar takes place twice on Thursday 6 August and is open to utilities, organisations and companies across the water sector. 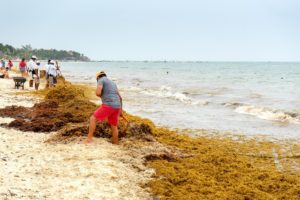 Solving the complexities of providing clean water and safe sanitation in a time of climate volatility was addressed during the 32nd Water Action Platform webinar on 28 October 2021. Hosted by Isle chairman Dr Piers Clark and supported by technology consultant Rodrigo Valladares, this event focussed on Latin America – highlighting imminent and increasing environmental challenges.

A new centrally held register of water professionals who can contribute to disaster efforts has been launched by the Water Action Platform.