Joint Venture for Pumps Set Up in Shanghai

Pierburg Pump Technology GmbH, Neuss, a subsidiary of the KSPG Group (Rheinmetall Group), has set up together with Mikuni Corp., Tokyo, another joint venture for the Chinese market. 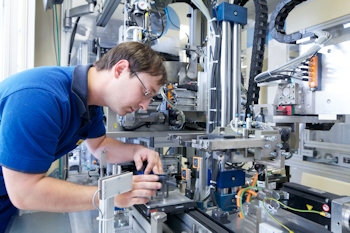 Through a jointly held company, Pierburg Mikuni Pump Technology (Shanghai) Corp., a 100-percent subsidiary of the joint venture Pierburg Mikuni Pump Technology Corporation, Tokyo, which was established in 2010, the partners intend to develop, produce and market electric water pumps and variable oil pumps for the Chinese market. The new company will be headquartered at the KSPG location in Zhangjiang (Shanghai region).

The market launch of the joint venture is scheduled for April 2012. Pierburg Pump Technology GmbH holds an indirect 51-percent stake in the new venture through its already existing joint venture with Mikuni in Japan. Says Udo Nenning, President of Pierburg Pump Technology GmbH: "Together with the existing successful cooperation with Mikuni in Japan and elsewhere in Asia, the new arrangement aims to open up possibilities for us to participate in the growth of the Chinese auto market. Already today, the young company has orders for oil pumps from Chinese automakers".

In view of future engine concepts such as hybrid and electric-powered vehicles and the efforts to cut fuel consumption on conventional engines, the use of variable electric pumps for oil and water is a strategy of growing significance. The cooperation aims to open up additional market opportunities for both parties, especially for the electric coolant pump technology introduced by Pierburg.

Tokio stock exchange listed Mikuni Corp. as well established on the Asian markets, especially for car and motorcycle carburetors, oil and coolant pumps, throttle bodies, actuators and solenoid valves as well as fuel injection components. Mikuni has production plants in Japan, China, and India as well as sales offices around the globe.

Pierburg Pump Technology, based in Neuss / Germany, is specialized in the design and production of electric and mechanical coolant, oil and vacuum pumps for passenger cars and commercial vehicles. Latest designs include variable versions that provide cooling or lubricating on demand and are also used in modern propulsion systems like hybrid cars.

How many times did you face pressure instability when using water from a deep well submersible pump?