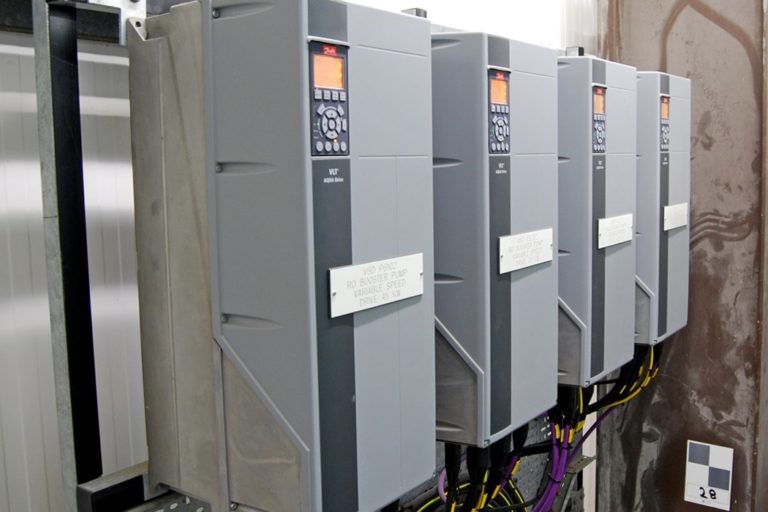 The current desalination plant is the second on the La Rosière site, which is in the south-west corner of Jersey, the largest of the Channel Islands. It was opened in 1999 as a replacement for an earlier distillation plant that had reached the end of its life. After the new plant had been in service for almost two decades, the ever-growing need for water on the island, due to population growth and climate change, led to the decision to undertake a major upgrade. This would increase the plant’s capacity from 6 Ml/day to 10.8 Ml/day, which is sufficient to meet around half of the island’s daily demand for water.

The upgrade involved the installation of a large number of new pumps, almost all of which would need to be controlled by AC variable speed drives. After investigating the available options and going through a competitive tendering process, Jersey Water decided that the Danfoss VLT AQUA Drives were the most suitable choice on both technical and commercial grounds. Accordingly, these drives were specified for all applications related to the upgrade project.

“We have been using AC variable speed drives from Danfoss for many years,” said Malcolm Berridge, Chief Engineer & Water Supply Manager for Jersey Water, “and we have always been happy with their performance and reliability. One of the major requirements for this project, however, was that the drives should produce the lowest possible level of harmonics in the supply system. From my own experience I was confident that the Danfoss drives would meet this requirement – over the many years I’ve worked with them I have never had a problem with harmonics. In contrast, with drives from some other suppliers, distortion of the electrical supply has been evident by its effect on nearby instrumentation and computer equipment”

The largest of the new drives were required to control two high-pressure pumps with 600kW motors operating at 690V, which are fed from a custom 11kV/690V transformer. For these, 630kW VLT AQUA Drives were chosen.

Other drives for the project operate from 400V supplies and include three with 160kW ratings as well as nine with ratings between 55kW and 18.5kW. For all of these applications, VLT AQUA Drives were used. In addition, Danfoss supplied two 110kW VLT MCD-series energy-saving soft start units for the seawater intake submersible pumps. Because these drives and soft starts would be used close to the sea, conformally coated printed circuit boards were specified to provide additional protection against corrosion.

As part of the project, an existing motor control centre was decommissioned and removed, and it was essential that the new drives should fit into the limited space this made available. The inherent compact construction of the VLT AQUA Drives was an important benefit in achieving this and further space was saved by using IP54 versions of the drives which require no additional enclosure for protection.

Although the VLT AQUA Drives offer excellent harmonic performance without the need for external filters, Jersey Water decided that, because minimal harmonic generation was such an important requirement for this project, it would still be desirable to install filters as a precautionary measure. Accordingly, Danfoss supplied active harmonic filters for use with the largest drives.

“We are very happy with the Danfoss products as well as with the service and support the company has provided,” said Malcolm Berridge. “In particular, commissioning the new drives was fast and straightforward, thanks to the intuitive user interface and the dedicated pump functionality provided by the VLT AQUA series. The upgraded plant has now been in service for many months, and the drives have fully lived up to expectations in terms of performance and reliability. They are also making a big contribution to the enhanced energy efficiency of the plant, which has increased by between 36% and 38% since the upgrade.” 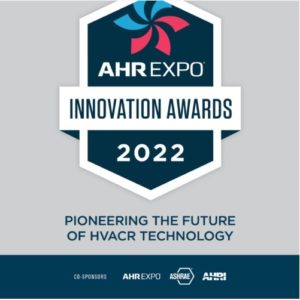 The AHR Expo (InternationalAir-Conditioning, Heating, Refrigerating Exposition) announced the winners of the 2022 AHR Expo Innovation Awards. Each year, winners are chosen in ten industry categories to represent the most innovative products and technologies hitting the market in the coming year. 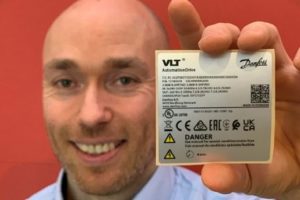 Danfoss Ahead of the Game in Ensuring Product Conformity

Hard working colleagues in several business units within Danfoss have been working on a complex and huge co-ordination task to ensure that all relevant products sold in the UK now have the legally required importer contact details. This is a major milestone that was successfully reached before 1st January 2021. 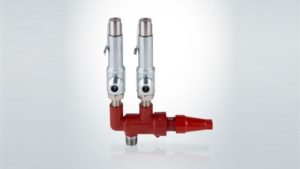 Danfoss announces the release of the latest Safety valve SFA 10H for CO2, which offers pressure settings from 28 to 65 bar. The new safety valve is a perfect match for applications with CO2 and synthetic oils, where its reduced capacity, high reliability and high-pressure setting make it the ideal choice. 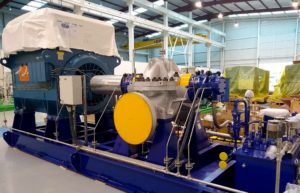 Desalination plants are vital assets in arid countries and the price of the clean water is determined by the cost of producing it. In Saudi Arabia, one of the largest facilities in the region has taken advantage of Sulzer’s expertise and experience in reverse osmosis (RO) technology to reduce its energy costs and boost reliability.