"We are quite pleased with our performance in the quarter and for 2006 as a whole," said Steve Loranger, Chairman, President and Chief Executive Officer. "We have delivered double-digit annual organic growth for three straight years, placing ITT in a leadership position among multi-industry companies. Our continuing organic growth demonstrates our ability to anticipate market needs with new products, to expand geographically and to compete in a wide range of markets. We believe our diverse range of products and attractive end markets also provide resilience to economic cycles. Based on our strong portfolio, coupled with our continuing improvement in operating performance, we believe we are well positioned to achieve our goals as we enter 2007."

The company also announced that its Board of Directors had approved a 27 percent increase in the annual dividend on ITT's common shares from $0.44 per share to $0.56 per share effective April 1, 2007.

Reported net income for 2006 was $581.1 million and full year reported earnings per share was $3.10, including the impact of special items. Excluding special items, earnings from continuing operations were $534.7million or $2.85 per share, up 11 percent over 2005. As previously announced, 2006 fourth quarter operating results included a charge to net income of $25 million ($0.13 per share) in anticipation of resolution of a legal matter at the company's Night Vision business. Full year 2006 revenues were $7.8 billion, up 11 percent from the prior year. Organic revenue, which excludes the impact of acquisitions and currency translation, grew 10 percent in 2006. Free cash flow (defined as cash from operations before pension pre-funding net of tax, minus capital spending) was $669 million compared to $614 million in 2005.

"With our strong fourth quarter performance, we are confirming our full year guidance for 2007," Loranger said. "We continue to expect earnings per share of $3.30 - $3.38, an increase of 16 - 19 percent over full year 2006 operating results excluding special items. We expect to achieve revenues of $8.29 to $8.38 billion, with segment operating margins in the 13 percent range and free cash flow at or above our income from continuing operations."

The company's water and wastewater businesses continued to grow organically, with growth in de-watering particularly robust in the quarter.

Revenue growth in the fourth quarter was driven by continued strong demand in Tactical Communications, Night Vision and Advanced Engineering and Sciences.

2006 full year orders increased by 21 percent and order backlog was up 12 percent at year end compared to 2005. Both Advanced Engineering and Sciences and Electronic Systems businesses received over $100 million in orders during the fourth quarter of 2006. 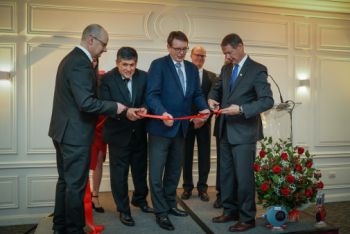 Flowrox is glad to announce it has officially opened its sixth subsidiary Flowrox Spa in Santiago, Chile.

Flow Control and Treatment is One Market

The movement of air, water, gases and non-aqueous liquids is closely tied to the treatment of those liquids. Treatment includes heat transfer, separation, filtration and reaction. 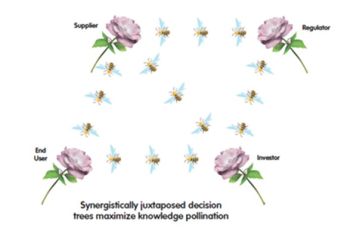 It is the digital age and it is the dawn of machine-to-machine communications. But we are in the dark ages when it comes to interconnectivity. Large flow-and-treat end users and large suppliers have minimum connectivity within their own companies.