Impact of Free Trade on the $400 billion Combust, Flow and Treat Industry

After World War II the U.S. led the way to world prosperity with the attitude that a rising tide lifts all boats. The better each country does, the bigger the potential market. Now the world is facing trade restrictions which are based on the opposite philosophy.

Last week China eliminated the two-term presidential limit and the U.S. announced plans for tariffs on steel and aluminum. Neither initiative bodes well for the $400 billion Combust, Flow and Treat (CFT) industry. In fact, any individual efforts toward trade restrictions will have a negative impact on the industry. Here are some of the reasons why this is so.

CFT purchasers are rapidly becoming more global: Alcoa just received a big contract to ship bauxite from its Australian operations to companies in China. The U.S. produces less than 1% of the world s aluminum because of the locations of bauxite and cheap electricity. In the last year Alcoa received contracts totaling $665 million to supply bauxite from mines around the world to China, Brazil, the U.S. and Europe. The Alcoa "Smelting Center of Excellence" is in Canada. So, Alcoa cast products made in the U.S. from ingots made in Canada will be more costly.

With annual achievable production capacity of approximately 113 million tons of crude steel and some 199,000 employees across 60 countries, ArcelorMittal is the world s leading steel and mining company. It is the largest producer of steel in North and South America and Africa, a significant steel producer in the CIS region and has a growing presence in Asia, including investments in China and India. It is also the largest steel producer in the EU, with significant operations in France, Germany, Belgium, Spain, Luxembourg, Poland, the Czech Republic and Romania.

ArcelorMittal recently purchased dust collector systems for multiple plants on two continents from Hamon. The order was placed in Europe. Hamon has a European base but the dust collector technology comes from its purchase of Research Cottrell which was a U.S. company.

Fewer than 2000 major international corporations will purchase the majority of the CFT products and services this year. Purchasing is becoming centralized. Arcelor Mittal has made huge savings by centralizing decision making and purchasing based on total cost of ownership for all plants. BASF has made decisions from Germany on valve and instrument vendors for condition monitoring systems at all their plants

The CFT supplier industry is rapidly becoming more global. CFT companies are increasing their market share in the areas of the world with the large and growing markets. Emerson purchased Pentair Valves which had purchased Tyco valves which had purchased many dozens of local valve companies. Xylem purchased a European pump company to become a major international pump supplier. Most major CFT companies now have a significant presence in China and vice versa. Neway Valves headquartered in China is a major supplier of valves on a worldwide basis. Andritz has made major purchases in the U.S. and other countries to expand beyond its European roots.

The Chinese air pollution system and product companies are now focusing on the international market. Since the market for FGD and SCR has peaked in China the local suppliers are aggressively pursuing markets in Asia, the Middle East and Africa. International catalyst suppliers with joint ownership of Chinese plants are expanding their global presence through this path.

Conclusion: Most of the CFT products and services are sold by international companies who are negatively impacted by trade restrictions.

The U.S. market share shrunk from 60% after WWII to 15% today. The U.S market is small compared to the world market. Japan, Europe and the U.S. once represented more than 90% of the world CFT market. The Asian countries absent Japan now represent larger markets than the three onetime leaders for most CFT products. The coal fired boiler market represents one of the most significant shifts. Twenty years ago, 90% of the FGD and SCR markets were in the former big three. Over the last decade China purchased more of these products than that three combined. Now ASEAN and India are the big markets with purchases greater than the former big three. Most of the new coal fired boilers are being built in countries in Asia other than Japan and China. Africa will buy more coal fired boilers than the U.S. and Western Europe combined. Most of the new wastewater treatment plants are being built in Asia.

Conclusion: No one country and specifically the U.S. is the dominant success determinator for CFT. In fact, when a big market opens up in one country the wise CFT company needs to ask, "How do I take advantage of this opportunity in the short term while focusing on the longer-term world opportunity?"

The ratio of profits based on knowledge/manufacturing is increasing: In the future the Industrial Internet of Things (IIoT) will be empowered by the Industrial Internet of Wisdom (IIoW). CFT companies will be selling packages justifying higher margins and selling prices because they will offer lower total cost of ownership (TCO). This lowest TCO is achieved with process wisdom which results in better specific products for the application. The added revenue from remote monitoring and operational support will be very significant.

Conclusion: Knowledge is more important than low cost manufacturing. With IIoT empowered by IIoW the importance of knowledge will increase.

Knowledge has no geographical limits: MHPS is monitoring coal fired power plants in Asia from a remote-control center in the Philippines and gas turbine power plants from a center in Florida. Donaldson can remotely monitor filter performance of off road vehicles. With cloud-based systems subject matter experts anywhere on earth can be made available for instant advice based on data analytics of performance at any plant. An avalanche of data analytical information will allow subject matter experts to become subject matter ultra-experts (SMUE s) who will make a major impact on TCO.

Knowledge knows no geographical boundaries. Greater knowledge will lead to international success. Those companies who allow SME employees to become SMUE s will obtain a large market slice. Trade restrictions are a negative factor in the success equation for CFT companies. 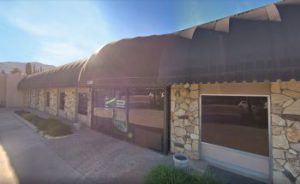 Mouvex is pleased to announce the opening of its Mouvex Americas facility. The facility is located within PSG in Grand Terrace, CA, USA. 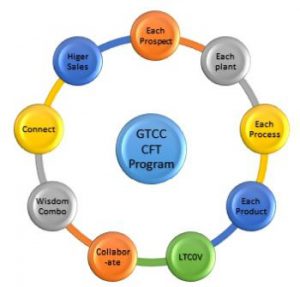 The Changing Market for Gas Turbine Combust, Flow and Treat Products and Services

Sales of combust, flow and treat products and services for gas turbine power plants will exceed $80 billion this year. This is the latest forecast in 59EI Gas Turbine and Reciprocating Engine Supplier Program.

AHR Expo Returns to Atlanta for the First Time Since 2001

The AHR Expo will return to Atlanta for the first time since 2001 for its 2019 Show at the Georgia World Congress Center. HVACR accounts for billions of dollars in revenue and is a key economic driver for the state of Georgia, with U.S. Department of Labor projections indicating it will see nearly 20 percent growth in the coming years. 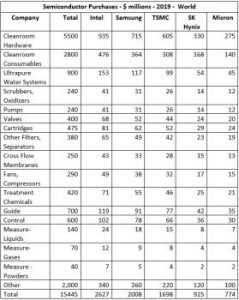 The semiconductor industry is a large and growing market for combust, flow and treat (CFT) products. In 2019 the industry will spend $15.4 billion for these products. The top five purchasers will account for 40 percent of the total.

Xylem announced that its ozone equipment has been selected to support the City of Grand Forks in developing a new regional water treatment plant. The facility will provide drinking water for the 57,000 people in North Dakota’s third largest city.