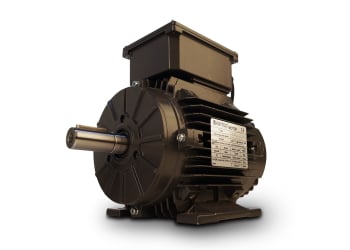 Over the last few decades electric motor makers have developed their designs so that efficiency has indeed improved. (Image source: TEC Electric Motors)

Over the last few decades electric motor makers have developed their designs so that efficiency has indeed improved. Driving this along has been the introduction of the IE standards for motor efficiency, the most recent IE4 coming into force in 2011.

At that point it was inevitable that the idea of a higher standard, IE5, would be mooted. To date there is not an official IE5 specification, but there are draft consultation proposals that basically call for a 20 percent improvement over IE4 motors. Several manufacturers have used these to develop their next generation of high efficiency motors and are promoting them as ‘IE5-ready’.

As well as the ecological benefits higher efficiency motors are also cheaper to run (if not purchase – more on that later), so they offer an immediate bottom-line benefit to users. This is particularly important for motors that run continuously or for long periods, while - naturally - bigger motors generate bigger savings.

There are several possible approaches for improving motor efficiency, including the use of rare earth magnets and reluctance motor technologies. However, most of these are expensive or have other drawbacks such as complexity of design.

The technology that is currently leading the way in efficiency improvements from a price and practicality point of view is permanent magnet (PM). These are similar to traditional induction motors, but rather than windings they use permanent magnets in their rotors. These generate a constant motor flux and thus improve full load efficiency.

Furthermore, the rotor is smaller and lighter which leads to a smaller overall motor size, which can have benefits in terms of mounting and access for maintenance. The lighter rotor is also more precisely controllable, which explains why permanent magnet rotors are used in high precision servomotors.

Unlike induction motors, PM motors can only operate in conjunction with a variable speed drive or inverter. However, this is not a disadvantage because the inverter allows adjustment of the shaft speed, so that it can be matched to application requirements - and slower speeds result in significant energy savings. Drives are also commonly used on conventional motors to achieve improved control and energy efficiency, so the difference can be marginal on this point.

There are two reasons often cited for not installing high efficiency motors: they tend to be more expensive to buy and there are costs incurred during installation. However, the price premium is reducing and will continue to drop as PM motors become more common. Also, if installation is done in conjunction with a scheduled service or shutdown, costs are minimised.

High efficiency motors’ greatest ecological and economic gains will be achieved in applications with high duty cycles and where speed control can be automatically controlled to match demand, such as process pumps and ventilation fan drives, conveyors in busy manufacturing plants and distribution centres.

In short, motor manufacturers who are pushing forward with higher efficiency initiatives are to be commended. By following the IE5-ready route, they are also pre-empting standards that will certainly become legal requirements in the foreseeable future. 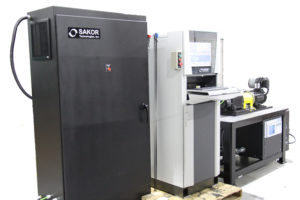 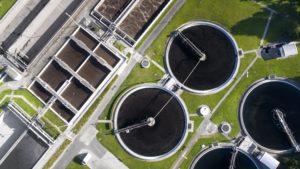 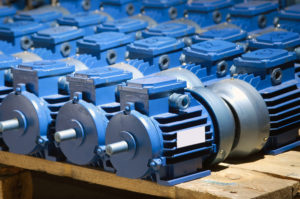