More than 400 circulating pumps with HYROVAR® control units from Vogel Pumps are responsible for an efficient heat distribution of the district heating network of Vienna. 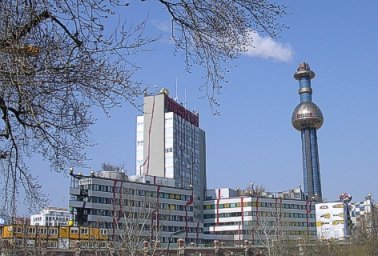 At 1969 the new established FERNWAERME WIEN GmbH (former Heizbetriebe Wien) received an order to ensure the district heat supply of the city from the community of Vienna. Furthermore an adequate disposal of the communal waste should be assumed by using the thermally waste treatment plant Spittelau, which was under construction at this time.

Today the successive expanding district heating network is supplied by in total 10 production plants with a total capacity of heat energy of more than 2.500 MW and is due to the pipeline length of nearly 1000 km one of the biggest in Europe.

More than 230.000 flats and approx. 4.900 industrial consumers are supplied with heating energy for room heating and for water heating.

The narrow piping network for heat distribution in Vienna is mainly installed under ground in a depth of 1 up to 15 meters or above ground. Currently the length of the complete pipe work is approximately 940 km.

The district heating network is reaching all districts of Vienna and the pipes are partly walk able. At this system, also named as integrated network, there are connected all consumers – flats, schools, hospitals and all other official buildings – and all producers, which are again heat up the water in the pipe work cooled down by the consumers.

The utilization of the waste heat

The waste heat from the heat producing plants for instance from power plants of Wienstrom and OMV, but also from the thermally waste treatment plants Spittelau, Floetzersteig and Simmeringer Haide and other industrial plants are used as heat producers for the system.

This heated water in the network will then be transported through Vienna by using pumps.

More than 400 Vogel circulating pumps with Hydrovar control units with power ratings from 1,5 – 22 kW in the various district heating substations are responsible for the optimal heat distribution inside the city.

The basic Hydrovar concept and the multifunctional applications of this unit have persuaded the responsible persons from Fernwaerme Wien GmbH.

The Hydrovar is used for installation in new stations and also to retrofit and to modernize existing stations.

Due to the Hydrovar is an independent unit it can be mounted on nearly every motor and so it can be used also to retrofit and upgrade existing pump stations.

At Fernwaerme Wien there are used different types of connection of the signals to the central control system, depending on the size and importance of the substation:

In smaller substations the differential pressure is directly measured at the pump. The required pressure and the existing system curve are adjusted at the Hydrovar unit – if there are more pumps all Hydrovars will be connected together by using their RS485-interface. The lead/lag operation, the cyclic sequence and the changeover due to a failure of one unit are automatically managed by the Hydrovar. Only the dry contacts of the run and fault indication relays of the Hydrovar are connected to the central control station.

In bigger substations the set point of the Hydrovar control system will be remotely adjusted from the central control station (DDC) as 4-20mA and 0-10V signal.

In this case the Hydrovars are working with this external set point but the automatic cycling, the changeover due to a failure and the lead/lag operation are managed by the Hydrovar control unit. This control system has saved additional work for programming and cabling in the control center.

In some other plants the Hydrovars receive the speed signal from the central control system as a digital signal over their RS485-interface. There the internal Hydrovar control is deactivated and all tasks are assumed from the DDC.

The heart of the energy-saving principle of variable-speed pumps is the basic hydrodynamic law that the power consumed by centrifugal pumps varies as the cube of impeller speed. So if pump speed is reduced to half of the speed, energy consumption is reduced to an eighth of the power consumption at full speed. ITT Vogel’s Hydrovar also provides intelligent control along a system curve, which results in additional energy savings due to working a lower pressure due to reduced friction losses at partial load.

Manfred Sacher, who is the developer of the Hydrovar speed control system at ITT Vogel just outside Vienna, likes to use a car analogy. He suggests that a constant speed pump together with a pressure reduction valve operates like a person who is driving a car with one foot constantly on the accelerator at full power and is using the brakes to control the car’s speed and to stop. “The Hydrovar system,” he says, “is like a car with an automatic gearbox; and, extending the analogy, even like an automatic car with cruise control.”

The key to this level of automation and flexibility in the Hydrovar, Manfred explains, is the integrated microprocessor in the Hydrovar unit. Pressure and flow sensors are directly mounted at the pump. The Hydrovar concept in generally is to have all the equipment necessary for a variable speed control system mounted on the pump itself. One out of many advantages of this “pump-mounted” solution is that air from the motor cooling fan can be used for cooling of the electronics. For pumps operating in hostile environments the control unit is also available as a wall mounted unit.

Due to the fact that the Hydrovar unit is a completely independent system it can be mounted on nearly all motors and pumps and can also be retrofitted to existing pumps. 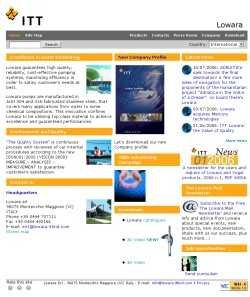 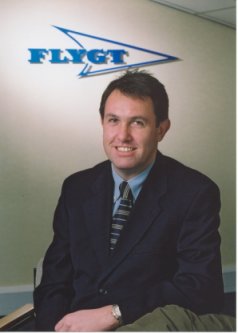 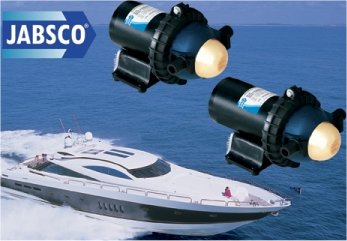