Hydraulic Institute Announces Board of Directors for 2018-2019

The Hydraulic Institute (HI) announced new leadership during the 2018 HI Annual Conference at the Wigwam Resort in Phoenix, Arizona. 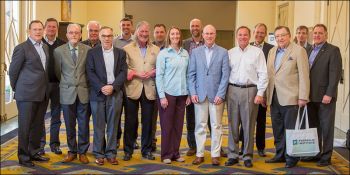 Paul Behnke was appointed to Vice-President, Certification & Technical Programs while three new members have joined the Board of Directors for three-year terms:

British Water has announced the appointment of three non-executive board members who will take up their posts with the trade association in July.