Prof. Dr.-Ing. Dr.-Ing. E. h. Hans-Peter Keitel (*1947), former President of the Federation of German Industries e. V. (BDI), has been elected to the Shareholders Committee and the Supervisory Board of Voith GmbH at the Voith Shareholders Meeting on February 9, 2013. 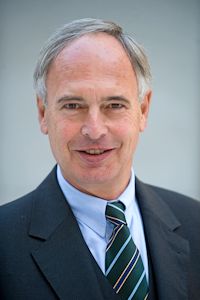 He succeeds Dr.-Ing. E. h. Jürgen Weber, who is stepping down from both offices after nearly ten years.

Keitel, born in 1947, is a graduate construction engineer, as well as an ergonomist and an economist. His professional career started at Lahmeyer International, Frankfurt, where Keitel held a number of senior international positions. In 1988 he changed to Hochtief AG, Essen. Starting out as a Member of the Board he was then promoted to Chairman of the Board, a function which he held from 1992 to 2007 and from 1992 to 1999 he was Member of the Board of RWE AG. In 2005 he was elected as President of the Federation of German Industries (BDI). As an established economic expert, Hans-Peter Keitel holds a number of honorary offices, among them Honorary Professor of Berlin Technical University, as well as President of the Foundation Board of the German Institute for International and Security Affairs.

"We are delighted to win a high-profile, experienced personality from German industry such as Prof. Dr. Keitel for Voith," stated Dr. Manfred Bischoff, Chairman of the Voith Shareholders Committee and the Voith Supervisory Board. "It is an asset for the family-owned company Voith that Professor Dr. Keitel will be contributing his wealth of experience and his vast knowledge of industrial relations to the activities of the Shareholders Committee and the Supervisory Board."

Dr. Manfred Bischoff Elected to Supervisory Board for New Term of Office

At its meeting on February 9, 2013, the Shareholders Committee of Voith GmbH elected Dr. Manfred Bischoff to the Voith Supervisory Board for a second term of office. At its constituent meeting, the Supervisory Board also reelected Dr. Bischoff as its Chairman. Prof. Dr. Bernd Gottschalk, Dr. Alan Hippe, Dr. Nicola Leibinger-Kammüller, Klemens Schweppenhäuser and Dr. Heinrich Weiss were also reelected to the Supervisory Board. Furthermore, Johannes Hammacher was elected to represent the shareholders side on the two committees, where he replaces Dr. F. Oliver Porsche.

On the employees side, Michael Koob, Dr. Volker Linden, Richard Obermeier and Ralf Willeck were newly elected to the Supervisory Board.