Located at the seaside in an area with heavy rainfall, the Indonesian city of Semarang is prone to flooding. Every year, uncontrollable water masses wreak havoc on people’s homes and lives. A unique solution shelters citizens from the water masses. 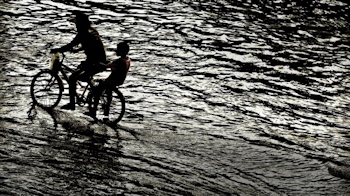 the Indonesian city of Semarang is prone to flooding (Image: Grundfos)

Semarang is situated on the northern side of the island of Java. The pulsating metropolis is home to approximately two million people, and is one of Indonesia’s most important port cities. Lying low by the coast, wedged between the ocean and high mountains, it is one of the wettest in the country. Every year, these circumstances mean massive floods. And it is not uncommon, unfortunately, that floods put locals out of business and they can even claim  human lives. A large, new pumping station is going to combat this serious problem, enabling the citizens to live securely.

“This is a serious matter, and it is of great importance to the entire region that the flooding can be managed. Hopefully, the station can help shelter the city of Semarang and its citizens from the water masses and provide them with a more secure foundation for their lives,” says Suharsono Adi Broto, Head of the work unit for Residential Development and Environmental Sanitation at the Public Works Department in Semarang, who has been part of the project from the start.

The pumping station is one of the largest in the country and is equipped with eight large propeller pumps with a collective capacity to move 36,000 litres of water per second.

The pumping station is the result of a large-scale cooperation, involving Brantas, an Indonesian contracting company, the Japanese International Cooperation Agency (JICA), Semarang’s local government and Grundfos. The company has played a major part in the process, handling everything from diesel generators, pumps and control systems to floodgates and gratings at the heart of the station. On top of that comes service support and the sharing of technical knowledge about the station with the local government, who are assuming control of the everyday operations.

“Before the takeover we have had the benefit of getting support and training from local Grundfos personnel, with the result that the handover has progressed very smoothly. This way of handling things we are very pleased about,” says Ms. Hotma Uli, from the Public Works Department in Semarang.

Grundfos has been involved on a global and a local scale alike, with participation from the Group as well as the local, Indonesian company. The Semarang project was the biggest of its kind for Grundfos in Indonesia so far, which, along with the fact that it makes a tremendous difference, pleases Grundfos.

“This project has been very important for us on many levels, first and foremost, because we have been able to make a difference for our fellow citizens through our work and solutions. Having said that, the successful cooperation with our many partners has also been of tremendous value for us,” says Managing Director for Grundfos Indonesia, Gert Borrits. 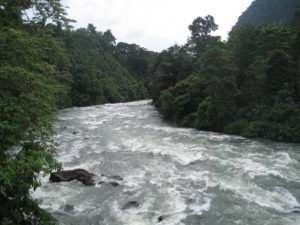 Voith Hydro has been awarded by Mitsubishi Corporation the electro-mechanical equipment contract for the Asahan 3 hydropower project in Indonesia, which will be operated by the state-owned utility Perusahaan Listrik Negara (PLN). 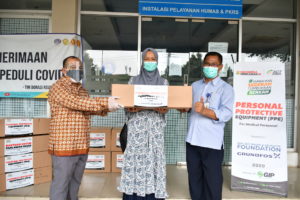 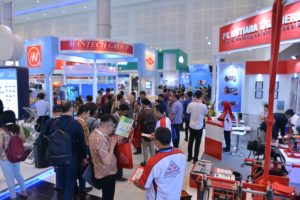 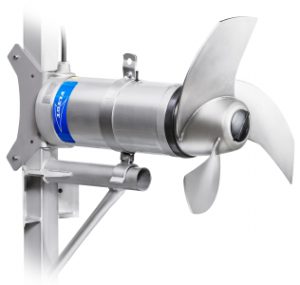 Xylem announced a package of new innovative additions to its Flygt Adaptive Mixers range. This launch includes the unveiling of unique automation capabilities that will revolutionize wastewater treatment processes and the introduction of a new, high-efficiency adaptive compact mixer.

Indonesia s largest international water and wastewater trade show – IndoWater 2019 will be held again from 17-19 July 2019 at Jakarta Convention Center in conjunction with IndoEnergy and IndoWaste. The event takes place every year alternately in Jakarta and Surabaya.