On 1 November the Grundfos Group has taken over the South African manufacturer of water supply pumps Brisan Turbo (Pty) Ltd. The company employs 80 staff and has an annual turnover of approx. EUR 6.5 million. 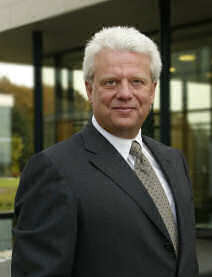 ”Based on the huge need for clean drinking water and water for irrigation, we anticipate good business opportunities in the African water supply market. With the acquisition of Brisan, we will enhance our business base on the continent, and at the same time the investment is our modest contribution to the positive development in South Africa in terms of maintaining and creating jobs. A development we seek to support – and which benefits the local population”, says Group Executive Vice President Søren Ø. Sørensen.

Brisan is a well-established company in South Africa with high customer loyalty and a market share of approx. 35 per cent. For a transitional period, the company will operate in its own name, and former owner and founder B.M. Stuart will continue as managing director. Later, the company will be gradually incorporated into the Grundfos subsidiary in South Africa. Brisan has a strong market position as regards pumps for the agricultural sector and commands a well-functioning network of distributors in several African countries. Consequently, the company will fit strategically well with the Grundfos Group’s growth objective for the continent.

Grundfos has been active on the African continent for more than 25 years, and in 2005 the Group established its own subsidiary in Johannesburg with an annual turnover of EUR 12 million.

With its 13,500 employees, the Grundfos Group develops, manufactures and sells pumps, and the company is represented in 40 countries through its own sales companies. In 2004, the total turnover amounted to about EUR 1,600 million.