The Gorman-Rupp Company announced today that its Board of Directors has appointed Jeffrey S. Gorman, President and CEO, to serve as Chairman of the Board. As previously announced, James C. Gorman, the Company’s long-standing Chairman, informed the Board this past January of his intention to not stand for re-election as a Director at the Company’s 2019 Annual Meeting of Shareholders.

“Gorman-Rupp has benefited greatly over many years from James C. Gorman’s leadership and deep experience as Chairman," said M. Ann Harlan, Lead Independent Director of the Gorman-Rupp Board. “The decision to elect Jeff as Chairman reflects the Board’s confidence in his leadership and ability to execute our vision and strategies to take Gorman-Rupp into the future.”

“I believe deeply in Gorman-Rupp and its people, and it has been an honor to serve as Chairman,” Mr. James C. Gorman said. “As I conclude my work as Chairman, I do so knowing that Jeff will serve as Chairman with the same skill and commitment that he has applied to his leadership of the Company as President and CEO for the past 20 years.”

Also as previously announced, W. Wayne Walston notified the Company this past January that he would not stand for re-election as a Director at the Company’s 2019 Annual Meeting of Shareholders. Mr. Walston has served as a Director of the Company since 1999.

Ms. Harlan added, “Our entire Board thanks Wayne for his outstanding service to the Board and Company for the past 19 years, including as a past Chair of the Compensation Committee, and we wish him the very best in his retirement.”

At the Annual Meeting of the Shareholders of The Gorman-Rupp Company held April 25, 2019, Sonja K. McClelland was elected to the Board of Directors. Ms. McClelland, age 47, is Executive Vice President, Secretary, Treasurer and Chief Financial Officer of Hurco Companies, Inc., a publicly-traded international industrial technology company that designs, manufactures and sells computerized machine tools. Ms. McClelland has worked for Hurco in various finance and accounting roles since September 1996 and was previously employed by an international public accounting firm. Ms. McClelland will serve on the Audit Committee and the Compensation Committee of the Board of Directors. 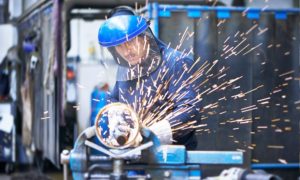 With effect from 1 October 2021, Heitkamp Industrial Solutions GmbH takes over assets and staff of the piping specialist ROBA Piping Projects GmbH. Founded in 1989, ROBA has decades of experience and proven know-how in piping and plant construction and thus strengthens the activities in the delivery of industrial plant by Heitkamp Industrial Solutions GmbH. 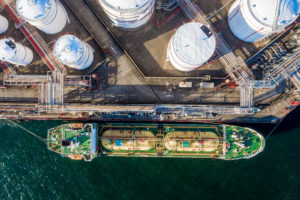 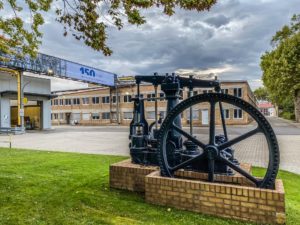 2021 is a special year for KSB. The leading international pump and valve manufacturer is celebrating its 150th anniversary on 18 September under the motto “People. Passion. Performance.” 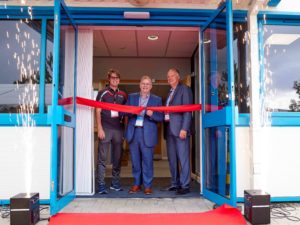