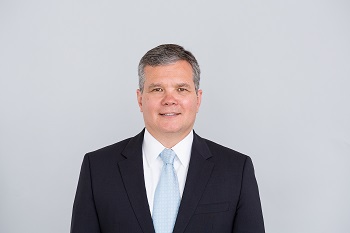 Josef Edbauer (60) can look back on a very successful career at GF spanning more than 40 years. After several management positions at the GF iron casting foundry in Singen (Germany), he was promoted in 2008 as Head of the division GF Casting Solutions (formerly GF Automotive) and member of the GF Executive Committee. Under his leadership, the division constantly adapted its geographical footprint as well as its portfolio with the expansion in the Chinese market, in the US and in Eastern Europe, the stronger focus on lightweight casting components and the entry into the promising investment casting business in 2018.

The GF Board of Directors and the Executive Committee thank Josef Edbauer very much for his outstanding efforts and his exceptional dedication over four decades and wish him all the best for this new stage of his life.

Carlos Vasto (54), dual citizen of Brazil and Italy, holds a metallurgical engineering degree from the Mackenzie University in São Paulo (Brazil). He has an extensive professional experience in the automotive and in the mechanical engineering sector and is well acquainted with GF. From 1987 to 2005, he held various positions at GF Casting Solutions in Germany and England including as Managing Director of the Great Britain plant. From 2005 to 2010 he led as Executive Vice President an investment casting company in Brazil and worked afterwards as Managing Director and Partner in a start-up company. Since 2015 he led as General Manager the set-up of the new light metal die-casting plant in Mills River (USA), operated by GF and its Canadian joint venture partner Linamar. At the beginning of 2018, Carlos Vasto returned to Switzerland to take over the position as Head of the divisions’ Business Unit “Iron and Investment Casting Europe”.

Carlos Vasto will join the Executive Committee as of 1 September 2018, Josef Edbauer will remain available until the year-end to support his successor.