Gardner Denver, Inc. reported that it has completed its previously announced acquisition of all of the outstanding ownership interests of nash_elmo Holdings, LLC for a purchase price of $223.5 million.

Gardner Denver funded the acquisition with cash and the assumption of $10.5 million in debt. nash_elmo's revenues for the year ended December 31, 2003 were approximately $212 million. As a result of certain non-recurring, non-cash adjustments required under accounting principles generally accepted in the U.S. (primarily the adjustment of inventory to fair value), the addition of nash_elmo is expected to mildly dilute Gardner Denver's third and fourth quarter 2004 diluted earnings per share by $0.01 to $0.02 and $0.03 to $0.04, respectively. The completion of this acquisition is expected to increase Gardner Denver's diluted earnings per share by $0.12 to $0.14 in 2005.

The Company also announced that it has entered into a $375 million amended credit agreement with a syndicate of fifteen banks, including J.P. Morgan Securities, Inc. who served as lead arranger. This agreement provides the Company with access to senior secured credit facilities, including a $150 million five-year term loan and a $225 million five-year revolving credit line. The credit facility was used to fund the nash_elmo acquisition and refinance the outstanding balances on the Company's existing senior credit facilities of approximately $50 million. Up to $95 million remains available under the revolving credit facility for general corporate purposes, including capital expenditures and business acquisitions. Based on the current one-month LIBOR rate, the initial interest rate for borrowings under the credit facilities is approximately 3.7%.

The following uncertainties and factors, among others, could affect future performance and cause actual results to differ materially from those expressed in or implied by forward-looking statements: (1) the ability to identify, negotiate and complete possible future acquisitions; (2) the speed with which the Company is able to integrate acquisitions and realize the related financial benefits; (3) the ability to maintain and to enter into key purchasing, supply and outsourcing relationships; (4) purchased material cost changes, including metal surcharges; (5) the ability to effectively manage the transition of iron casting supply to alternate sources and the skill, commitment and availability of such alternate sources; (6) the successful implementation of other strategic initiatives, including, without limitation, restructuring plans, inventory reduction programs and other cost reductionefforts; (7) the domestic and/or worldwide level of oil and natural gas prices and oil and gas drilling and production, which affect demand for the Company's petroleum products; (8) changes in domestic and/or worldwide industrial production and industrial capacity utilization rates, which affect demand for the Company's compressed air products; (9) pricing of the Company's products; (10) the degree to which the Company is able to penetrate niche and international markets; (11) changes in currency exchange rates (primarily between the U.S. dollar, the euro and the British pound); (12) changes in interest rates; (13) the ability to attract and retain quality management personnel; (14) market performance of pension plan assets and changes in discount rates used for actuarial assumptions in pension and other postretirement obligation and expense calculations; (15) the continued ability to effectively manage and defend litigation matters pending, or asserted in the future, against the Company; (16) the development and acceptance of the Company's new product offerings; and (17) the continued successful implementation and utilization of the Company's electronic services; (18) changes in laws and regulations, including accounting standards and tax requirements.

The Company does not undertake, and hereby disclaims, any duty to update these forward-looking statements, even though its situation and circumstances may change in the future.

Gardner Denver, with 2003 revenues of $440 million ($790 million on a pro forma basis including the acquisitions of Syltone plc and nash_elmo Holdings LLC, which were completed in 2004), is a leading manufacturer of reciprocating, rotary and vane compressors and blowers for various industrial and transportation applications, pumps used in the petroleum and industrial markets, and other fluid transfer equipment serving chemical, petroleum, and food industries. 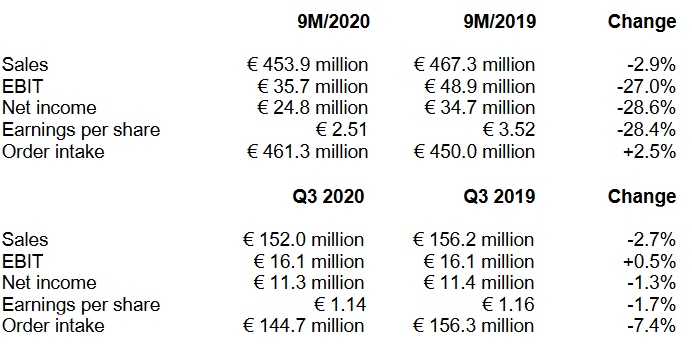 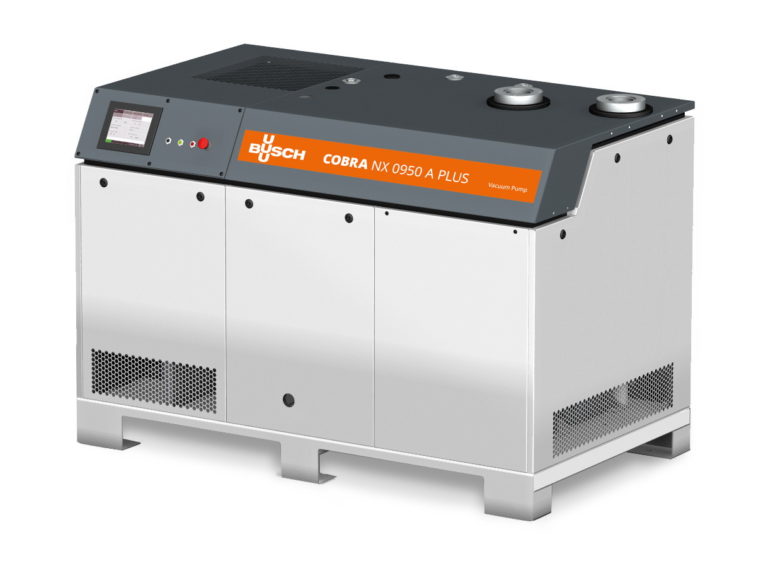 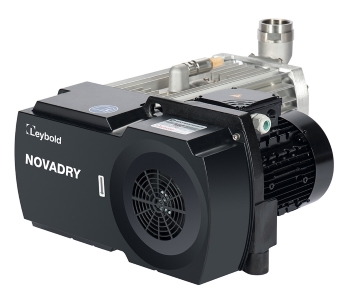 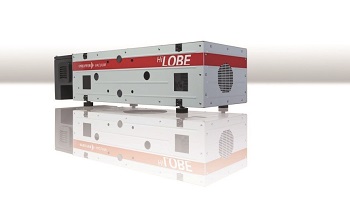 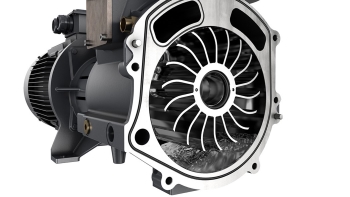