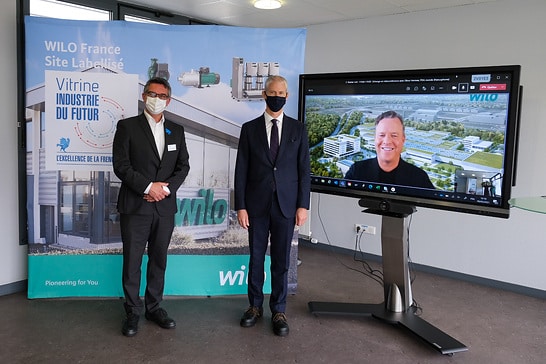 Xavier Lefort, the Prefect of Mayenne, accompanied him. Following the tour of the production facilities, a virtual exchange between the Minister and the President and CEO of the Wilo Group, Oliver Hermes, took place as well.

In France, Wilo is the third-largest private employer and the largest industrial employer in the Mayenne region. The Minister used the occasion of his visit to emphasise the following: “Wilo's success shows us that the decision to innovate in order to support the ecological transition is a profitable decision: jobs have been secured and “Made in France” expertise has been exported. These are the kind of decisions that we are promoting with France Relance, namely to promote a sustainable and innovative economy in order to remain internationally competitive and to secure sustainable jobs in our regions.”

“As part of our “region-for-region” approach, strengthening our European main locations is a particular concern of ours. As a group of companies, we only remain competitive because we equip and prepare our locations for the digital age of climate protection”, explained Oliver Hermes. “By achieving climate neutrality at our production site in Dortmund and by receiving the “Industrie du Futur” flagship label in Laval, we are making a significant contribution to the implementation and achievement of climate protection goals. We want our production to be completely climate-neutral by 2025.”

During this visit, the Wilo President invited the Minister to the Wilopark in Dortmund, where the technology group has invested around 300 million euros.

Philippe Marjollet, Managing Director of Wilo France, illustrated the extraordinary commitment made by the Wilo Group in France. The technology group invests an annual amount of 8 million euros in production facilities and infrastructure at the Laval site in order to advance the digitalisation of the site as well as their processes.

To counter the economic consequences of the COVID-19 crisis, France presented its “France Relance” reconstruction plan on 3rd September 2020. This is an extensive investment plan worth 100 billion euros. “We are very happy that the French government is entering into direct exchanges with promising companies like Wilo and that they are following a pragmatic approach for the implementation of the reconstruction plan”, said Oliver Hermes. 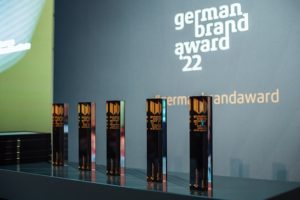 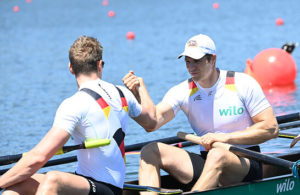 At the media day at the Rowing Performance Centre in Dortmund, the Team German Men’s Eight presented its new line-ups for the German Men’s Eight as well as for the Coxless Pair and the Men’s Four. The new crews are evidence of a change in the successful team, which also won Olympic silver in Tokyo last year after three World Championships and eight European Championships in a row. 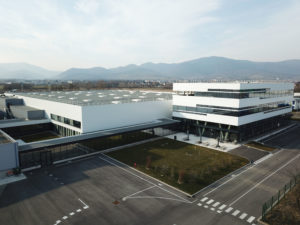