"After seeing the significant benefits of consolidating our pump and mechanical seal businesses two years ago, unifying all of our flow control businesses under the leadership of a newly created chief operating officer position was the logical next step towards achieving our strategic goals," said Mark Blinn, Flowserve president and chief executive officer. "We believe this new leadership structure positions the company to better leverage operational excellence, cost reduction initiatives and internal synergies across our entire operating platform to drive further growth and increased shareholder value."

Pajonas, formerly senior vice president and president of the Flow Control Division, assumes the role of chief operating officer and is responsible for both the Flow Control Division and the Flow Solutions Group (including the Engineered Product Division and the Industrial Product Division), which comprise all company operations. He retains the title of senior vice president and continues to report to Mark Blinn.

"Since joining the company in 2004, Tom Pajonas proven track record in producing operational process improvements to drive earnings growth makes him an ideal choice to become chief operating officer," Blinn said. "In this new position, Tom will play a pivotal role in leading our focus on margin improvement and on-time customer deliveries."

Ferguson, formerly senior vice president and president of the Flow Solutions Group, will remain with the company until his retirement at the end of the year in a special advisory role to Mark Blinn to assist with the transition and certain strategic initiatives.

"Under Tom Ferguson s dedicated leadership, the company s pump and seal operations have grown significantly and are positioned to deliver improved financial performance and returns to shareholders as the company moves forward," Blinn added. "We thank him for his 25 years of outstanding service to the company."

The company ended 2011 with a cash balance of approximately $325 million. This ending balance included the effects of approximately $109 million in share repurchases during the fourth quarter, reflecting the company s recently announced policy of annually returning to shareholders 40% to 50% of its running two year average net earnings in the form of quarterly dividends or stock repurchases. The ending balance also reflected approximately $89 million spent for the acquisition of Lawrence Pumps Inc. in the fourth quarter.

Commenting on the reaffirmed 2011 EPS target range and the announced financial results, Blinn said, "I am proud of the outstanding efforts of our dedicated employees across the globe, and I thank them for their tireless work in taking care of our customers as we closed out the year. Our strong bookings performance for the fourth quarter builds on our positive momentum from the third quarter, positioning us well for 2012 and underscoring our confidence in our ability to capitalize on the opportunities presented by our markets. Our global sales force did another excellent job in 2011, and they remain a driving force behind our optimistic view of our 2012 growth prospects."

The company plans to announce its fourth quarter and full year 2011 financial results and file its 2011 Annual Report on Form 10-K on Wednesday, February 22, 2012. 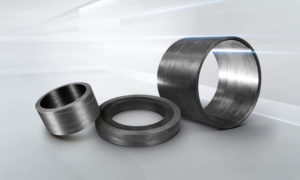 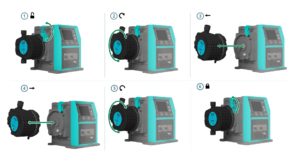 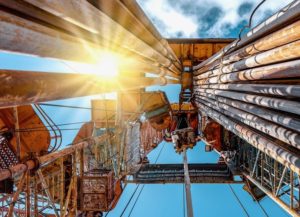