The system will degrade pharmaceuticals before the hospital sewage enters the public sewer network and the concentrations are diluted. The project has been confirmed for the local Central Hospital in Lappeenranta, Finland. The installation is funded by the City of Lappeenranta and the local Centre for Economic Development, Transport and Environment.

How do pharmaceutical residues affect us?
Pharmaceuticals in the environment pose a major threat. Residues of numerous pharmaceuticals are a global problem. They have been found in surface, ground waters, and even in drinking water. The concentrations of these pollutants depend on several factors, such as the properties of the substance and the nature and distance of the source. Various painkillers, antibiotics and contraception medication are typically occurring pollutants. Accumulating in the environment, pharmaceuticals cause e.g. hormonal and behavioral dysfunctions in aquatic species. One of the most destructive outcomes is the development of bacterial resistance towards antibiotics and the evolution of so-called super bacteria. This may result in conventional antibiotics losing their effectiveness in medical use.

Why is Flowrox Plasma Oxidizer a great solution to remove pharmaceuticals from the wastewater?
Due to the unknown and varying cocktail of pharmaceuticals and their metabolites in the wastewater, a non-selective approach for their removal is required. Plasma oxidation is highly non-selective and proven effective against both the parent compounds and their identified transformation products. Plasma treatment thus always conveys more benefits than measured because it is practically impossible to monitor all the substances that are present and affected. The treatment is estimated to reduce the pharmaceutical load by 90-99% from substances that are not removed by municipal biological treatment. The effectiveness of the process is measured by analyzing pharmaceutical content from the process input and output streams. The solution will be a highly automated system that can be replicated in similar applications at other hospitals and point sources. 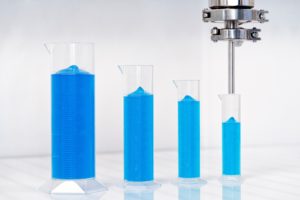 Smaller portions and larger margins are the trend among food companies. This implies that a change of the requirements for dosing and filling technology is necessary. The latest product in the Hygienic series in the ViscoTec portfolio, the vipura-PUMP 10T dosing and filling pump, fits in perfectly with this trend. 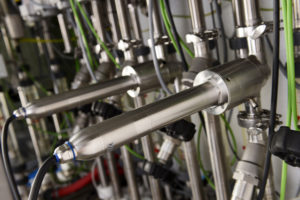 Featuring GEMÜ servoDrive actuator design, the GEMÜ F60 servoDrive filling valve is predestined for fast and precise filling of small volumes (approximately 1 ml to 100 ml), for sectors such as the pharmaceuticals industry. 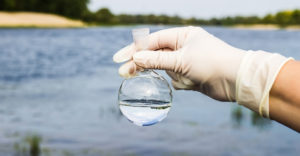