Hosted by the British Pump Manufacturers’ Association, itself a member of Europump, the three-day event was attended by representatives of similar national trade bodies and organisations from across continental Europe.

Established almost 40 years ago, Europump interacts with governments throughout the region on a range of technical, legislative and environmental issues. These include:

Throughout its extensive programme of meetings, all these issues are discussed, debated and addressed, with the aim of securing safe, efficient and environmentally friendly pumps and related systems. The recent gathering in Birmingham was no exception, with a range of topics and undertakings being covered by the separate Standards Commission and the Technical Commission meetings. Here, we offer a brief overview on both these important meetings.

The Technical Commission Meeting, which was Chaired by Robert Dodane of Wilo Salmson, France, opened with a short presentation by Steve Schofield (BPMA) on the latest position with the Europump Systems Approach. This advised attendees that ISO50001-2018 (energy management systems) now requires that any energy savings identified through appropriate audits must be achieved. This determines that it is no longer enough just to identify potential savings, work must be instigated to realise those savings. The issue of policing was raised, and all attendees agreed to investigate how such matters will be addressed in their respective countries.

Materials in contact with drinking water was another topic of debate for the Technical Commission. During this session, an update on the current ‘review’ of the Drinking Water Directive was presented, with reference to the work being carried out by the Four Member State (4MS) task force on the structure of approval for organic materials in complex products. Some specific issues relating to the discrepancy in the tolerances of impurities for cast iron between the German and French allowances were also raised, with further investigations sought before matters are progressed.

The final topic of discussion was on the evolution of the three pieces of legislation that focus on Lead, and which are all applicable to the manufacture of pumps, namely; the Drinking Water Directive (and associated material requirements), the REACH Regulation and RoHS Regulations.

The Standards Commission Meeting was Chaired by Frank Ennenback of Sulzer and covered a range of topics currently being considered and addressed by Europump. The first item on the Agenda was an update on the Eco Design Directive, and the energy efficiencies to be attained through the development of the Extended Product Approach as opposed to the original Component Approach. The inclusion of Water Pumps within the scope of the regulation (which already covers motors and circulators) has given rise to several important implementation questions and challenges, including what threshold values are to be used in any system efficiency calculations, who is responsible for placing the ‘extended product’ onto the market, how is the labelling and documentation effected and what market surveillance measures are in place to police this new approach.

These issues, and others, were due to be raised by a Europump delegation tasked with meeting the EU’s Policy Adviser responsible for these regulation updates. There is still a good deal of ground to cover, but through ongoing consultations with all interested parties, it is hoped that workable solutions will be found, and further updates will be issued accordingly.

Wastewater Pumps (Lot 28) and Multi-stage Submersible Pumps (Lot 29) were also discussed in relation to the Eco Design Directive and its EPA, but both are considered ‘work in progress’ and as such no material developments were presented at this time.

Status updates were also given on several other standards-based work, including CEN and ISO Standardisation, possible revisions to the Machinery Directive and the Europump guidelines for both ATEX Part 1 and ATEX Part 2.

It was another comprehensive meeting, addressing and expanding on a great deal of ‘behind the scenes’ work, which will ultimately prove beneficial to all those involved in the European pump market. 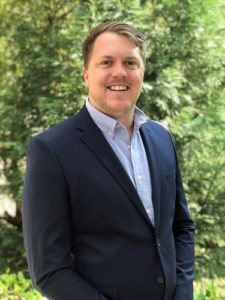