Entering the Final Round

Soon it will be time to take to the stage and announce: “The winner is….” The date when all will be revealed is May 29, at the ceremonial presentation of the GreenTec Awards in Munich, to mark the start of IFAT 2016. This event, the most important environmental technology trade show in the world, is coming up between May 30 and June 3, 2016 in Munich.

A single online shop for local retailers, children’s bicycles made from deodorant cans, electrically driven airplanes and a climate-neutral hotel. This year again the nominations were rich in ideas, innovation and creativity. The jury had the difficult task of selecting the winners from the three nominees per category.

High up in the Humboldt Box in Berlin with a fantastic view over the city and its cathedral, the jury met in February to vote on the winners of the GreenTec Awards. Before this meeting, the nominees had previously been selected in a jury process and a global open vote held online, which attracted around 100,000 registered votes. Then in Berlin, in a secret poll, the GreenTec Awards jury members made their choice of the final winners. A special feature of this interdisciplinary jury is the mix of business experts and prominent individuals.

Each of the nominated projects was explained to the jury members in a presentation. One new aspect this year was that the nominated start-up companies had the opportunity of presenting their projects in person, in a two-minute pitch. “That really impressed me,” said Dr. Dirk Stenkamp, a long-term member of the GreenTec Awards jury and a Board Member of the technical inspection authorities, TÜV NORD. “These young people did a very professional job.”

Christoph Körfer, Press Spokesman and Deputy Head of Broadcasting at ProSieben, underlined the innovations strength evident in the GreenTec Awards: “The nominations for the GreenTec Awards 2016 show that sustainability in the way we live and the way we manufacture is no longer a niche theme. I am impressed how both start-ups and established companies are striving with their ideas towards a better, more sustainable future. Personally, I find it fascinating that a supplier to the automotive industry has come up with a car part that can reduce fuel consumption by up to six percent. If that really works, it would be a mini revolution. And we need a lot of them.”

Dr. Christopher Hebling from the Fraunhofer Institute for Solar Energy Systems, a long-term supporter of the GreenTec Awards and the jury chairman, emphasized the great commitment and interest shown by the jury members. He sums up: “All those involved want the best submission to win and we are fighting to ensure this. In each of the categories we will have a very worthy winner—of that there is no doubt.” 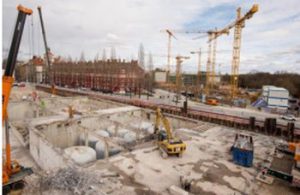 From Beer to Natural Resources 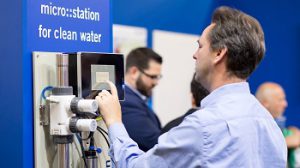 IFAT 2018: The Food and Beverage Industry as Promising Playground for Environmental Technology

Green technologies enjoy a special significance in the food and beverage industries, particularly as water is a key resource in these sectors. Hence, these industries become important target groups for the offering at the environmental technology exhibition IFAT 2018. The world’s leading trade fair will take place at Munich’s exhibition center from May 14 to 18. 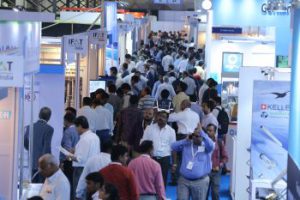 IFAT India 2018: On the Pulse of the Industry

The coming edition of IFAT India will offer the exhibitors more space: 12,000 square meters in total. By moving from Hall 5 to the newly built Hall 4 of the Bombay Exhibition Centre (BEC), India’s leading trade fair for environmental technologies can grow by almost 50 percent. IFAT India 2018 will take place from October 15 to 17, 2018. 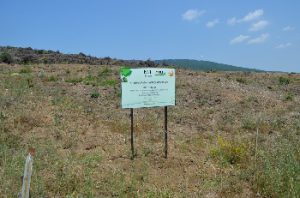 Setting an example for climate change – that is the goal of the reforestation project of the environmental technology trade fair IFAT Eurasia. A total of 4,000 trees have been planted in the Balıkesir province, in western Turkey, since February 2017. The IFAT Eurasia Memorial Forest covers an area of 4.5 hectares.

Xylem Inc. is launching a month-long volunteer challenge for Xylem colleagues across the globe to highlight the importance of water and environmental issues.