Skip to content
Back to the overview
Compressors - Technical News 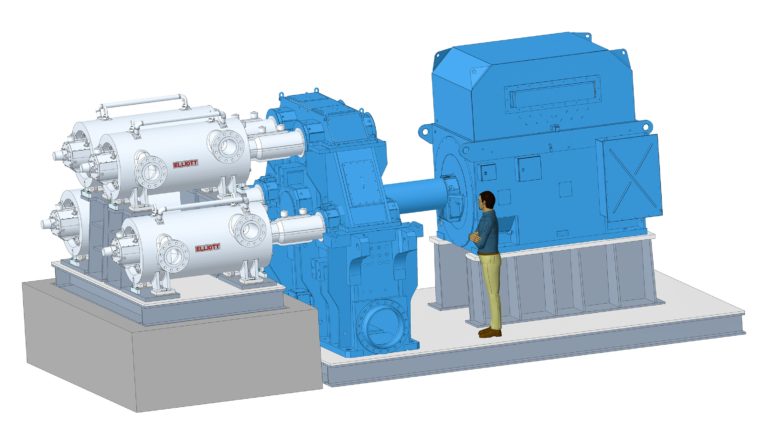 Natural disasters caused by global warming have caused increasingly severe damage in countries around the world. Combating global warming requires a transition to carbon-neutral energy sources. In E-Vision 2030, EBARA Group set a goal of zero carbon emissions by 2050. Hydrogen is expected to be a new energy source in the transition to a decarbonized society. In August 2021, EBARA launched the Hydrogen Business Project under the leadership of EBARA's president.

"Hydrogen compression requires a large number of compression stages to achieve adequate head for a very light gas," said Dr. Klaus Brun, Elliott's director of research and development. "With the Flex-Op arrangement of three to four casings, up to two impeller stages fit into a footprint where traditionally only up to ten stages fit. This shrinks the linear footprint of the compressor section from 40 feet or more to about 10 feet, providing up to four times more compaction capacity within the approximate linear footprint of a compressor."

Most importantly, when compressing pure hydrogen, the process gas cannot be contaminated by oil. Finally, the flex-op design is not limited to hydrogen applications, but is also suitable for energy storage and other process compression, refining and petrochemical applications. Elliott's research and development efforts are focused on advancing the technology for faster, smaller and lighter compressor designs for the coming hydrogen economy.