Alexander M. Cutler, Eaton chairman and chief executive officer, said, “We had a strong fourth quarter, posting our nineteenth quarter in a row with year-over-year operating earnings per share growth of more than 10 percent. Equally significant is the balance of earnings in the quarter, with our Electrical and Fluid Power businesses representing 70 percent of our overall segment operating earnings.

“As we survey our end markets in 2007, we anticipate our markets will decline by approximately 3 1/2 percent, primarily as a result of the expected dramatic decrease in the NAFTA heavy-duty truck market. This is roughly 1 1/2 percent lower growth in our markets than we expected a year ago, as we now see the slowdown in the overall manufacturing sector experienced in the second half of 2006 extending into the early portion of 2007,” said Cutler. “The significant restructuring undertaken in our Excel 07 program will offset much of the market decline. Our Excel 07 program incurred net costs of $154 million prior to tax settlements and divestiture gains. The earnings benefit in 2007 we now expect from the Excel 07 program is double the target we announced when we started the program in January of 2006. With our Excel 07 program behind us, we believe our operations are well positioned for the balance of the decade.

“We expect to outgrow our end markets in 2007 by approximately $200 million, and we also expect to record approximately $300 million of growth from the full-year impact of the six acquisitions we completed in 2006, and the two acquisitions we have signed but not yet completed,” said Cutler. “As a result, we anticipate our revenues in 2007 will be flat compared to 2006.”

In light of its strong results and future prospects, Eaton is taking the following actions:

“End markets for our electrical business grew about 2 1/2 percent during the fourth quarter, reflecting a slowdown from the growth rate earlier in 2006,” said Cutler. “In 2007, we expect our markets to grow approximately 4 percent, with growth in the nonresidential markets offsetting a decline in the residential market. We expect operating margins to improve as a result of the additional volume, a reduced impact from commodity costs, and the benefits from the Excel 07 actions taken in 2006.

“We announced two small European acquisitions, the acquisitions of Schreder-Hazemeyer and the power protection business of Power Products, in the fourth quarter,” said Cutler. “These acquisitions expand our sales in new geographic areas.”

“Growth in the mobile and industrial hydraulics markets moderated slightly in the fourth quarter from the rates seen earlier in the year,” said Cutler. “For 2007, we anticipate that growth in the construction equipment markets will be lower than in 2006, while agricultural equipment markets are expected to grow for the first time in three years. Industrial markets are likely to post lower growth than in 2006. Growth in the commercial aerospace market is expected to be solid, while defense aerospace markets are expected to post modest growth. In total, we believe the Fluid Power markets will grow approximately 4 percent.

“We anticipate Fluid Power operating margins will improve in 2007 as a result of the additional volume, the increasing mix of aerospace revenues, and the benefits from the Excel 07 actions taken in 2006,” said Cutler.

“We reached agreement in December to acquire Argo-Tech,” said Cutler. “This acquisition will round out our aerospace fuel system capabilities and further strengthens the overall breadth of our rapidly-growing Aerospace business.”

The Truck segment posted sales of $620 million in the fourth quarter, up 13 percent compared to 2005. Operating profits in the quarter were $76 million, down 30 percent compared to the fourth quarter of 2005. Adjusting for the $27 million of net Excel 07 costs incurred in the fourth quarter, operating profits declined by 5 percent. Also contributing to the margin decline in the quarter was an adjustment to Brazilian inventories. The Excel 07 net costs and Brazilian inventory adjustment comprised the entire decline in year-to-year Truck segment operating margins.

“Our hybrid truck program made further progress during the quarter, with the receipt of the 2006 Environmental Innovation Award from the Ohio Environmental Council,” said Cutler.

Automotive production in NAFTA declined by 8 percent compared to the fourth quarter of 2005, while European production was flat.

“Our Automotive segment margins in the fourth quarter were impacted by the reductions in production volumes in North America and the continued importation of engines by Asian producers,” said Cutler. “For 2007, we anticipate weaker production in NAFTA, with another year of flat production in Europe. However, we expect our margins to improve as a result of the substantial benefits from Excel 07.” 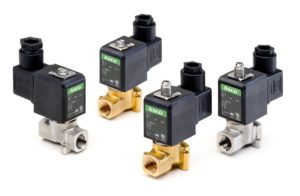