Alexander M. Cutler, Eaton chairman and chief executive officer, said, "We had a strong first quarter, with earnings per share above the top of our guidance. Sales growth in the first quarter of 14 percent consisted of 9 percent from organic growth and 6 percent from acquisitions, offset by a 1 percent decline from lower exchange rates. Our end markets grew 7 percent.

"In the first quarter, our segment operating margin before acquisition integration charges was 12.9 percent, after a reduction of 0.6 percent due to net costs associated with our Excel 07 program, compared to the 12.6 percent segment operating margin we recorded a year ago," said Cutler. Excel 07 is the program Eaton initiated in the first quarter to address resource levels and operating performance in businesses which underperformed in 2005 and businesses in which markets are expected to soften during the second half of 2006 and in 2007.

"We now anticipate 4 percent growth in our end markets in 2006, slightly higher than we originally anticipated," said Cutler. "In the first quarter, the worldwide electrical and hydraulics markets were stronger than we had expected. In addition, the NAFTA heavy-duty truck market started the year with considerably stronger growth in both production and orders than we had anticipated.

"The net costs of our Excel 07 program totaled $.07 per share in the first quarter," said Cutler. "We announced an additional group of Excel 07 actions last week. We expect to be able to offset the expenses associated with these and other potential second quarter actions through savings from the Excel 07 actions, sales of non-strategic business lines, and potential gains on settlements from several tax audits we believe will be finalized during the second quarter. For the full year, we continue to believe that we will be able to offset the impact of the Excel 07 program through actions such as those above. Our quarterly and full year guidance includes our Excel 07 program.

"End markets for our electrical business grew nearly 9 percent during the first quarter, the highest quarterly growth rate in the last five years," said Cutler. "The U.S. nonresidential construction market and the markets for uninterruptible power supply products registered solid growth, and the residential markets held up well during the quarter.

"Our bookings in the Electrical segment, adjusted for foreign exchange and acquisitions, were up 16 percent from the first quarter a year ago, continuing the build up of momentum in our Electrical segment," said Cutler. "March was an all-time monthly bookings record for the segment.

"We announced during the quarter that we received a $65 million order from IdleAire Technologies Corporation to provide electrical equipment for truck stop electrification," said Cutler. "We expect this equipment to be delivered over the next 18 months.

"We also completed the acquisition of Marina Power and Lighting at the end of March," said Cutler. "This acquisition expands our presence in the rapidly growing marina electrical market."

Operating profits in the first quarter were $104 million. Excluding acquisition integration charges of $3 million during the quarter, operating profits were $107 million, an increase of 34 percent compared to a year earlier. There were $6 million of Excel 07 net costs in the quarter.

"The hydraulics markets globally were strong in the first quarter, and we expect continued growth throughout 2006," said Cutler. "Activity in the commercial and business jet aerospace market was at the strongest level in the last five years, while defense aerospace was relatively weak, as we had expected. Our improved mix of businesses within the Fluid Power segment helped drive the higher margin in the segment compared to last year.

"We completed the acquisition of Synflex at the end of March," said Cutler. "Synflex provides Eaton with an expanded range of thermoplastic hose and tubing products for customers in a broad range of fluid conveyance applications."

"We announced several new initiatives during the quarter, including a marketing agreement with @Road for the sale of diagnostics, safety and telematics solutions to the commercial vehicle market; an initiative with PACCAR on medium-duty hybrid trucks; and an expansion of our hybrid program with United Parcel Service," said Cutler.

Operating profits in the first quarter were $55 million. Excluding acquisition integration costs of $2 million, operating profits were $57 million, down 17 percent from 2005. Excel 07 net costs were $6 million during the quarter.

"We continue to expect that, for 2006 as a whole, the combined NAFTA and European automotive markets will be slightly weaker than 2005," said Cutler. "While our profits were lower in the first quarter of 2006 than in 2005, our operating margin excluding acquisition integration charges remained a solid 12.2 percent." 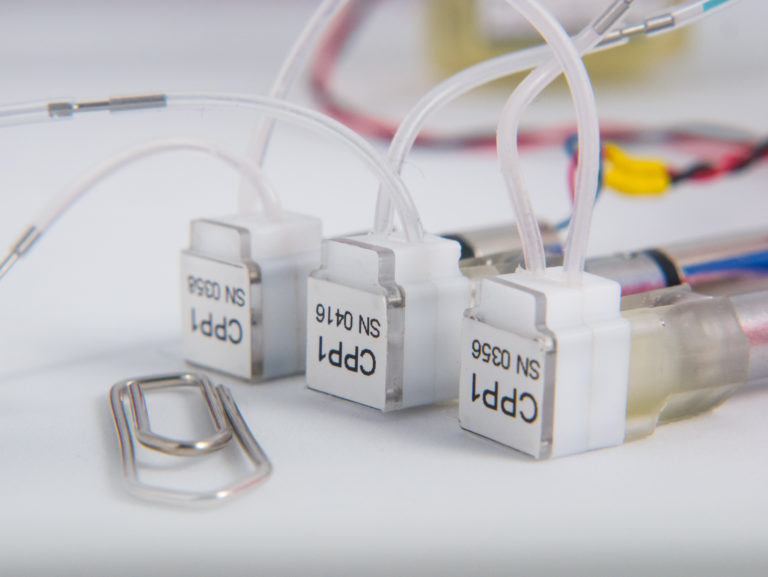 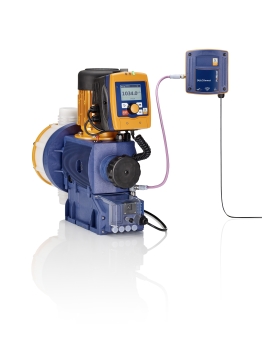 Parker Hannifin Corporation today announced that its Board of Directors has named Marwan M. Kashkoush, 53, to the position of Executive Vice President – Sales, Marketing and Operations Support. 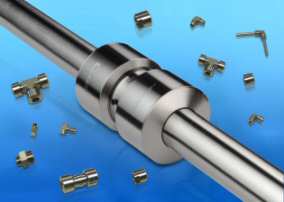