This year, the EMAS Award, the EU award for good environmental management, was presented to Grundfos A/S, the Grundfos Group’s Danish production company, for its fine results in minimising and handling waste. This is the first time a Northern European company has received the award.

In less than ten years, Grundfos has managed to reduce the amount of waste at the Group’s six Danish factories by a third. In 2006 alone, the employees have made more than 100 suggestions for optimising the company’s waste handling.

”It is an important recognition of our employees’ efforts and involvement, as well as proof that our processes and organisation in relation to waste handling are working. In addition, the award is an acknowledgement of our efforts over many years and the documented results for the benefit of the environment which we can produce”, says Jørgen Hejlesen, who is responsible for the environmental efforts at Grundfos A/S.

The Danish Environmental Agency describes the result as very impressive. ”It is remarkable that the award has been presented to a Danish company as this has not happened before. Grundfos has not only significantly reduced the amount of waste, but also managed to increase recycling to an impressive 84 per cent. This makes Grundfos a highly qualified award recipient”, says the Agency.

”Grundfos prioritises its environmental effort in relation to customers, authorities and suppliers. We take our responsibilities very seriously at all stages of the value chain. Thus, we constantly endeavour to expand and improve our effort. Currently, we are, among other things, looking at exploiting the potential offered by using surplus energy. We are investigating alternative methods of e.g. generating cooling energy for our production process while at the same time disposing of excess heat in a green way. Grundfos also contributes actively to solving the global environment problems in new target areas, such as our focus on alternative disposal of sludge for heat generation in connection with e.g. cement production”, explains Jørgen Hejlesen.

The EMAS Award is the EU Commission’s recognition of companies which are not only at the cutting edge environmentally, but have also made a particular effort within this year’s target area: Waste minimisation and waste handling. The award was presented at a ceremony in Lisbon in Portugal.

The are currently 104 EMAS registered companies in Denmark. 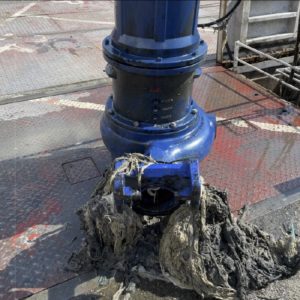 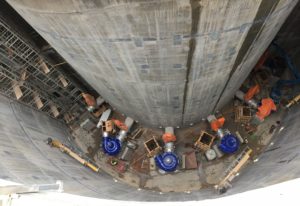 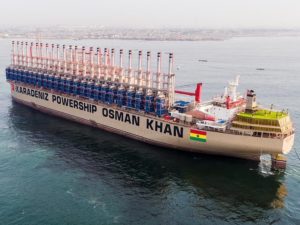 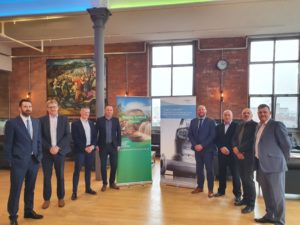 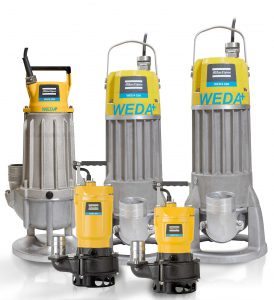 Atlas Copco has developed a new addition to the WEDA submersible dewatering pump range with the WEDA S50.