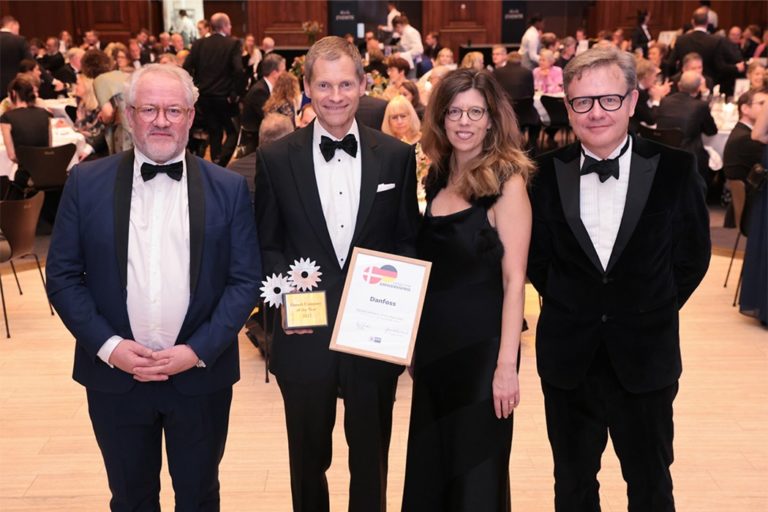 With a 70-year long history and more than 4,200 employees across 14 different locations in the country, Danfoss was announced as the Danish company of the year in Germany. The award was presented at an anniversary dinner held in Copenhagen. Every year the prize is awarded by the Danish-German Chamber of Commerce to honor a company from each of the two countries for having made a special effort for cooperation between Denmark and Germany.

Historically, Danfoss has always had a close relationship with Germany. The company’s group head-quarters is located in Nordborg, close to the German border, and Danfoss is an active advocate in strengthening the strong cooperation in the Danish-German border region.

The award was received by Kim Fausing, President and CEO of Danfoss. He said: "We are honored to receive this award. Germany is a special country for us. Not only because we are located close to the Danish-German border, but also because it is one of our most important markets with sites across all of Germany. We are making significant investments in Germany, due to the country being very progressive on the green transformation with a focus on an energy efficient infrastructure and electrifying society."

In 2022, Danfoss merged with the German company Semikron, and is now a leading company in the development and production of frequency converters for electric motors. The electrification of societies is a cornerstone in the green transition and, as such, frequency converters are critical components. They ensure an efficient use of energy in electric motors. This applies to everything from electric cars to the management of luggage belts at airports.

“Electrification is immensely important in the green transition. With the recent merger between Danfoss and the German company Semikron, we have never been better positioned to contribute to the electrification of Germany,” says Kim Fausing.

On why Danfoss was chosen as the winner of the award, the President of the Danish-German Chamber of Commerce, Reiner Perau, said: “Danfoss is playing an important role in the green transition which is at the top of the agenda both in Germany and Denmark. In Germany, Danfoss has a strong position with 14 locations and several decades in the country. Danfoss has grown significantly in Germany through acquisitions and can support the development of Germany and the electrification of the country.”

Lykke Friis, director of the Think Tank Europe, participated in the ceremony. She said: "Not since the fall of the Berlin Wall has it been more important that Denmark strengthens cooperation with Germany. Due to the great energy dependence on Russia, Germany has an urgent need to speed up the green transition and, not least, save energy. To that extent, it is Danfoss' profession, and with Danfoss' commitment to Germany, there is no doubt that today's Gold Medal from the Danish-German Chamber of Commerce is well deserved. With a global frontrunner like Danfoss, it is even more important that a new Danish government increases its focus on the German market. With the right focus, we can significantly increase Denmark's exports to Germany in the coming years with green solutions from Danfoss as well as a large number of other companies.”

A market of strategic importance
Germany is Danfoss’ third largest market, and is an important country in the company’s strategy, as significant growth is expected in the coming years.

In light of the ongoing energy crisis, Germany has increased their focus on energy efficiency and on how to use energy better. Germany has, as one of the only countries in the EU, introduced a plan to ensure a more efficient use of energy. Through the company’s technological solutions to reuse the excess heat from the likes of supermarkets, data centers, factories, and production facilities, Danfoss will contribute to the execution of the plan. 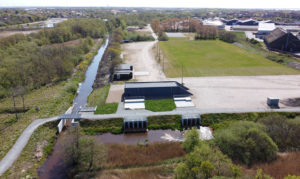 Looking ahead at rising sea levels, water utilities in low-lying areas need to be planning how to handle increased risks of flooding. In Denmark, defenses in the Ringkøbing Fjord have been bolstered by the installation of two new pumping stations, which have been designed and equipped by Sulzer. 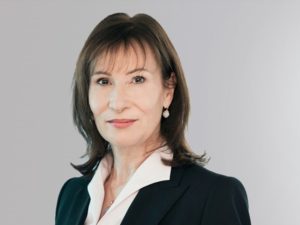 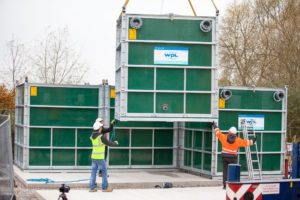 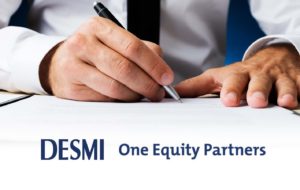