Xylem nounced that Colin Sabol has been named Xylem Senior Vice President and President of Sensus & Analytics, effective October 1. Mr. Sabol succeeds Randy Bays, who will move into an advisory role with a focus on Xylem’s global manufacturing operations. Both will report to Xylem President and CEO, Patrick Decker. 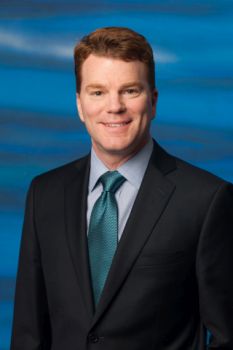 As previously announced, Xylem combined its Sensus and Analytics businesses effective second quarter 2017, and now reports the financial and operational results from these businesses as one segment. This change brought together Xylem’s broad portfolio of advanced sensing technologies and solutions sold under brands such as Sensus, YSI, WTW, Tideland and Visenti. This portfolio of solutions addresses a wide range of monitoring and analytics needs across the water cycle, and in electric and gas utilities.

“Colin is a proven leader with both the strategic perspective and executional discipline to unlock the full potential of this newly integrated business and accelerate our growth in the smart infrastructure sector,” Mr. Decker said. “Over the past several months, he has worked closely with Randy to gain deeper understanding of the Sensus water, electric and gas businesses and forge a clear path forward. Under Colin’s leadership, I expect this business to expedite innovation to bring intelligent solutions to market quickly for our customers and develop new platforms for organic and inorganic growth.”

Mr. Bays will assume an advisory role to Mr. Decker focusing on driving operational improvements at some of Xylem’s major manufacturing facilities around the world. He developed extensive expertise in this area during his years with Sensus, Kinetek and General Electric.

Mr. Decker continued, “Randy has led the Sensus business for the past four years with distinction and made so many valuable contributions. I look forward to his contributions as he takes on this important new advisory role in an area where he has a long history of success.”

Colin Sabol served as Senior Vice President and President of Xylem’s Analytics and Treatment businesses from September 2015 through March 2017, and was responsible for all aspects of their global operations. With the combination of Xylem’s Sensus, Analytics and Visenti businesses in April 2017, Mr. Sabol maintained his role as President of Xylem Analytics and assumed additional responsibility for Sensus North America sales across the water, electric and gas utility sectors. In this role, he worked with Mr. Bays on the integration of these businesses to enable increased collaboration and advance Xylem’s performance in the smart infrastructure space. Mr. Sabol served as President of Xylem’s Dewatering business from 2013 to September 2015, and he was Chief Strategy & Growth Officer of Xylem when it spun from ITT in 2011. He joined ITT in 2006 and served as Vice President of Marketing and Business Development for Fluid and Motion Control.

Mr. Sabol is Chairman of Xylem Watermark, the company’s corporate citizenship and social investment program. He graduated from Alfred University in New York with a Bachelor of Science degree in materials engineering.

Randy Bays was appointed President of Sensus in November 2013, which Xylem acquired in 2016. His background includes executive leadership, operational and international business experience. Prior to joining Sensus, Mr. Bays was President and CEO of Kinetek. During his tenure there, he led the company through significant technology expansion and global growth. Previously, Mr. Bays spent more than 10 years with General Electric in various leadership, engineering and operational roles. He has a bachelor s and a master s degree from Purdue University.