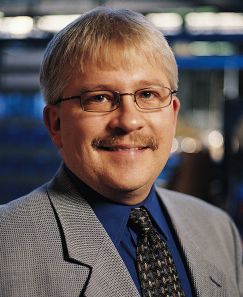 Carsten Bjerg, 42, B. Eng., joined Grundfos in 1997 as Director of international production. In 2000 he was appointed Group Exec. Vice President, production and logistics, and in addition he is responsible for Group R&T, eBusiness, and Quality Management. He is Chairman of the Boards of the production companies of the Group.

Lars Fournais, 49, Regional Gen. Manager of the North-European region and General Manager of Grundfos' Danish sales company, Grundfos DK A/S, at the turn of the year will be appointed Segment Director of Building Services, which is the largest and most important market segment of the Grundfos Group. Mr. Fournais, a B.Com., joined Grundfos in 1998 for his present position. In addition he is chairman of the board of a number of Grundfos companies.

Claus Witt, 46, Sales Director at Grundfos DK A/S, from 1 January 2003 will be appointed Managing Director of that company. Mr. Witt, a MSc. Engineering and BCom., joined Grundfos in 1981.

Hans Ola Meyer, Atlas Copco’s Senior Vice President Controlling and Finance and CFO, has decided to retire. He will stay on until end of July 2021.