Five of the largest Sulzer pumps ever installed in the country are a key element of the project, which is designed to meet the water needs of the region’s rapidly growing population.

With more than 22 million inhabitants, São Paulo is one of the world’s megacities. Providing power, water and other services to an ever-increasing population presents significant challenges to the region’s utilities. Sabesp, which runs the water supply network in São Paulo State, has developed three major water supply projects over the past decade, aimed at ensuring supply.

In planning since the early 21st century, and constructed in four years, the São Lourenço water production system is one of those efforts. The BRL 2.21 billion (USD 680 million) project, run as a public-private partnership, involves the construction of a brand-new water treatment and storage facility on a mountaintop close to the city. Clean water from the plant will be delivered under gravity to serve the households and businesses in seven municipalities in the northwest of the São Paulo conurbation.

Water for the plant comes from the Cachoeira do França reservoir, 83 km away and several hundred meters lower in altitude. One of the major technical challenges of the new system was the provision of a pumping system to deliver that water. In discussions with pump manufacturers, the project managers explored several options for the system. One possibility was to install multiple pumps along the route of the pipeline, but this was eventually discounted due to its complexity and the challenges inherent in supplying and maintaining a network for pumping stations in difficult, inaccessible terrain.

That left only one alternative. The project would use several very large pumps located at the reservoir intake station. Now the construction consortium just had to find a manufacturer that could produce pumps capable of delivering up to 6,400 liters per second and a head of 365 meters. In addition, to maximize the project’s benefits to the local economy, they wanted those pumps to be manufactured in Brazil.

After conversations with several original equipment manufacturers (OEMs), only Sulzer was able to demonstrate the necessary experience, design and manufacturing capabilities. The Sulzer solution involved five HPDM 500-970-2d/23 pumps, among the largest in the company’s range. These units have a 500 mm discharge diameter, 970 mm nominal impeller diameter and a high-efficiency two-stage impeller. Each pump is powered by a 6.8 MW electric motor and, operated in the middle of its performance range, has an output of 1’500 liters per second at a 365 meter head.

The pumps were manufactured by Sulzer in Brazil and tested at full load on the company’s in-house test bed, the largest in the country. Due to the exceptional size of the pumps, the customer witness tests had to be carried out at night to avoid overloading the local electricity supplies.

The completed units, together with lubrication and cooling packages also built by Sulzer, were then delivered to the customer. Sulzer specialists helped with the installation and commissioning of the pumps, and the company also delivered a full set of spare parts, including two complete rotor/impeller assemblies.

Sabesp is operating the system satisfactorily, integrating it in the in the São Paulo Metropolitan Water Supply System that will be capable of meeting projected growth in water demand for at least the next 10 years. 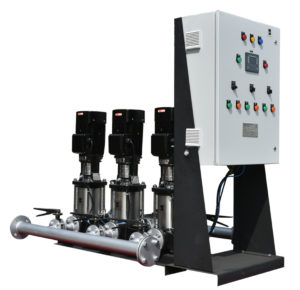 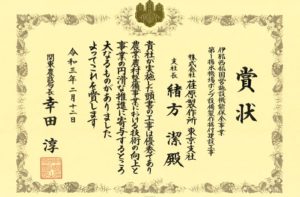 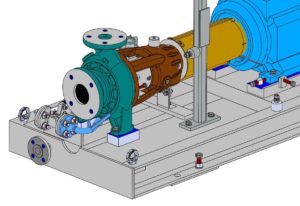