Chad C. Deaton, Baker Hughes chairman and chief executive officer, said, "Q2 was another strong quarter for Baker Hughes. Price realization accelerated in the quarter; driving strong year-over-year incremental margins. In this environment our customers are demonstrating that they value Baker Hughes' execution and reliability. Results from North America were strong and we were pleased with the ongoing growth outside of North America -- particularly in the Middle East.

"We are investing in the technology and people we will need to provide growth in future years. As demonstrated by our recent internal technology reviews, we are well poised to continue to roll-out Best-in-Class technologies throughout our four regions. Our global hiring and training programs are on pace to deliver the highly skilled, diverse workforce we will need in the future.

"We remain confident in the outlook for sustained market growth for the next several years -- particularly in the Eastern Hemisphere. The entire industry will continue to be challenged to provide energy to meet global demand assuming a continuation of robust global economic growth." 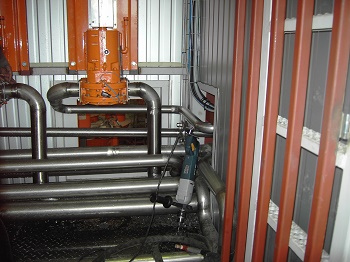