Work associated with the three-year contract began in May 2010 on various wells in Woodside’s operations offshore northwestern Australia. Baker Hughes will support operations from its bases in Perth, Australia, and in Singapore.

To carry out the contract, Baker Hughes will use a comprehensive suite of casing and tubular handling equipment, including flush-mounted spiders and the fill and circulate tool. Diamond Offshore’s semisubmersible rig Ocean America has been fitted with the BJ Services Derrickman system, which includes a remotely operated mechanical arm that makes it possible to maneuver tubulars and drillpipe into a vertical position without the need for a crew member to act as a traditional stabber.

“Having supplied similar services to Woodside for assets in the Murzuq Basin in Libya, it is extremely satisfying to have the opportunity to work for them in Australia,” says Kenny Watt, Baker Hughes’ vice president of tubular and completion assembly services. “We look forward to providing outstanding service in a timely and economical manner.” 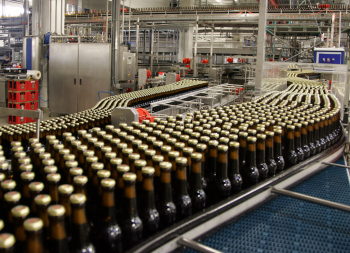 In the Service of Bavarian Breweries for 50 Years

All beers – no matter what method is used for brewing them – consist of more than 80 per cent water. This vital basic element is thus also a crucial ingredient for quality and taste. 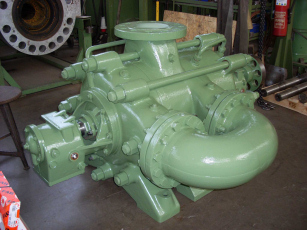 Better Than New After 40 Years’ Service

Back in 1968, the then publicly owned East German company VEB Pumpenwerke Halle – now KSB – gave the city of Halle a pump to operate its famous fountain with its more than 60 m high water jet on Peißnitz island.