Baker Hughes Incorporated announced results for the third quarter of 2015.

"In the third quarter, we delivered increased operating profit sequentially, despite deteriorating market conditions and lower revenue," said Martin Craighead, Baker Hughes Chairman and Chief Executive Officer. "Internationally, despite a 4% decrease in revenue we expanded margins across all of our segments as a result of continued cost reductions. In North America, margins declined further driven by ongoing weakness in the U.S. onshore market, and unfavorable mix in the Gulf of Mexico. Although our Canada business grew sequentially due to seasonal activity, the recovery was less pronounced than prior years. Compared to the third quarter of 2014, revenue in North America declined 57% on sharply lower activity and unfavorable pricing, while actions we have taken to right-size our operational structure resulted in decremental adjusted operating profit margins of 30%. As our customers focus increasingly on managing cash, we are experiencing a current shift in spend favoring production optimization projects over exploration and development. As such, we are seeing stronger interest in our production offerings, particularly upstream and refinery chemicals, that provide our customers with optimized production from existing wells and increased ultimate recovery. Consistent with our earlier forecast, we expect further activity reductions and pricing pressures to continue across the globe for well construction for the remainder of the year, as our customers adapt their spending to the lower oil price environment. In the fourth quarter, we expect activity in North America to decline as our customers adjust activity for lower commodity prices, exacerbated by an extended holiday impact. Internationally, seasonal year-end product sales are not expected to offset the anticipated decline in activity. We remain focused on proactively managing our cost structure, efficiently reducing our working capital, and strategically targeting revenue opportunities to continue to increase profitability, generate positive cash flow, and maintain a strong balance sheet. Regarding the pending merger, I continue to be pleased with the efforts of the teams working on regulatory matters and developing plans for a successful integration. The recently announced plan to divest certain businesses is another important step in the process to complete the transaction. These businesses represent industry leading products and services with extremely proud histories of innovation and value creation for our clients throughout the world. Finally, I would like to recognize all of our employees for their hard work, commitment to Baker Hughes, and continued focus on our customers, while working safely in an extremely difficult business environment."

Revenue for the quarter was $3.8 billion, down 39% compared to the third quarter of 2014. Compared to the prior quarter, revenue declined $182 million or 5%.

On a GAAP basis, net loss attributable to Baker Hughes for the third quarter was $159 million or $0.36 per diluted share.

North America revenue for the third quarter of $1.4 billion decreased 9% sequentially. The decline was driven primarily by reduced onshore U.S. activity, most notably in stimulation, drilling services and completions product lines, lower pricing across the region, and an unfavorable mix of activity in the Gulf of Mexico. Revenue declines in the U.S. were partially offset by the seasonal activity recovery in Canada, though to a much lesser extent than in prior years.

North America adjusted operating profit margin (a non-GAAP measure) was (11.2%) for the third quarter, compared to (8.5%) in the prior quarter. Despite the erosion of margins driven by the sharp decline in activity and an increasingly unfavorable pricing environment, decremental operating margins of 20% sequentially on reduced revenue were achieved as a result of ongoing cost reduction measures.

Compared to the prior year, revenue declined 57% as a result of a sharp drop in activity, as evident in the 54% year-over-year rig count decline, and deteriorating pricing conditions experienced by the industry since early 2015 as operators adjust their spending to a lower oil price environment. All product lines have been unfavorably impacted by the activity drop, with production chemicals and deepwater operations showing the most resilience. Year-over-year operating margins decreased from 12% in the prior year to (11.2%) in the current year as ongoing cost management efforts helped contain decremental operating margins on reduced activity and pricing to 30%; an improvement from the 35% year-over-year decremental operating margin reported last quarter.

Third quarter revenue for Latin America was $439 million, flat sequentially. The revenue decline resulting from reduced onshore activity and the unfavorable impact of foreign exchange rates, primarily in Brazil, was offset by share gains in the quarter.

Adjusted operating profit margin for Latin America in the second quarter was 11.6%, compared to 10.3% for the prior quarter. The sequential increase in operating profit was driven by cost savings, partially offset by foreign exchange losses and unfavorable pricing across most of the region.

Compared to the prior year, revenue decreased 23% primarily driven by activity declines across the region, predominantly in the Andean geomarket where the rig count has declined 46%. Revenue was also negatively impacted by the unfavorable change in foreign exchange rates. Year over year, margins decreased 82 bps. The impact on margins from lower revenue was partially offset by improvements made to the operating cost structure, minimizing year-over-year decremental operating margins to 15%.

Revenue in Europe/Africa/Russia Caspian of $791 million for the third quarter decreased 9% sequentially, primarily due to reduced activity in Africa and Continental Europe, as reflected in the sequential rig count decline for these areas, plus the impact of unfavorable exchange rates mostly in Russia and Norway.

Adjusted operating profit margins were 12.4% for the third quarter of 2015, compared to 6.6% for the prior quarter. The improvement in margins is primarily attributable to the result of cost saving initiatives.

Compared to the prior year, revenue declined $323 million or 29%. The decrease can be attributed to activity reductions in Africa and Continental Europe, as reflected in the 30% rig count decline for those areas, the unfavorable change in exchange rates of several currencies across the region relative to the U.S. Dollar, which resulted in a reduction in revenue of approximately $110 million, and unfavorable pricing throughout the region. Additionally, revenue is down due to the deconsolidation of a joint venture in North Africa late last year. Year over year, margins decreased 99 bps primarily attributable to unfavorable pricing, approximately $43 million associated with the unfavorable change in exchange rates and lower activity. Cost-saving actions helped mitigate the impact of these unfavorable events as reflected by the 16% decremental operating margins.

In the third quarter, revenue of $849 million in Middle East/Asia Pacific declined 1%, sequentially. The reduction in revenue from lower activity and unfavorable pricing was essentially offset by share gains primarily in drilling services and completions. Weak activity across Asia Pacific persisted, but was compensated by strength in select markets across the Middle East.

Adjusted operating profit margin was 9%, a 194 bps improvement compared to the prior quarter. The improvement in profit margins can be attributed to the benefit of cost saving measures throughout the region, and mobilization costs in the second quarter not repeating in the third quarter. The current quarter includes the unfavorable impact of charges in Iraq related to our integrated operations.

Compared to the prior year, revenue decreased $228 million, or 21%, predominantly as a result of reduced activity in Asia Pacific, as reflected in the 15% drop in the rig count, and lower revenue in the Middle East mainly as a result of a reduction in our integrated operations in Iraq. Revenue was also impacted by unfavorable pricing across the region. Share gains in the Middle East slightly offset these declines. Year over year, margins decreased 544 bps with decremental operating margins on revenue of 35%. The reduction in margins can be attributed largely to lower activity levels and unfavorable pricing. The reduction in margins was partially offset by the benefit of cost-saving actions.

Revenue for Industrial Services of $339 million in the third quarter increased 11%, sequentially. Revenue growth from the prior quarter is related to the seasonal activity increase in the process and pipeline services business and activity growth in the downstream chemical business, partially offset by lower activity in the polymers product line.

Adjusted operating profit margins were 13%, compared to 10.5% in the prior quarter. The improvement in margins can be attributed to the seasonal increase in activity and additional savings from recent cost reduction measures.

Compared to the prior year, revenue increased 2% as revenue related to the acquisition of a pipeline services business late in the third quarter of 2014 was partially offset by reduced activity. Revenue was also impacted by unfavorable changes in foreign exchange rates against the U.S. Dollar. Year-over-year operating profit margins improved 247 bps, due primarily to savings from cost reduction actions.

Baker Hughes receives a drilling and completions contract to optimize two Permian Basin wells in Texas. By using a more data-driven approach, Baker Hughes exceeded the customer s 38-day goal by drilling from spud to a total depth of 18,181 ft (5542 m) in 24 days saving the operator 14 days. The work was done with the Talon high-efficiency PDC drill bit, the TruTrak automated drilling system, and the AutoTrak Curve rotary steerable system. The combination of technology provided the customer with measurement-while-drilling and logging-while-drilling systems to enable 3D directional drilling services.

Baker Hughes saves a customer $1 million by eliminating the rathole in a single run in the Gulf of Mexico. Baker Hughes used a dual reamer configuration that included GaugePro XPR expandable reamer above the bottomhole assembly (BHA) and the GaugePro Echo on-command digital reamer close to the bit. The GaugePro XPR reamer drilled and reamed 2,714 ft (827 m) to section total depth (TD) in 54 hours for an average rate of penetration of 50.3 ft (15.3 m) per hour. After reaching TD, the BHA was moved above the remaining rathole, the near-bit GaugePro Echo reamer was activated, and successfully reduced the rathole by 215 ft (66 m) or 90%. Eliminating a dedicated hole opening run saved significant time and cost.

Baker Hughes completes a four-well subsea abandonment operation for a customer in the UK. The service offering included the wellhead abandonment straddle packer system, cementing services, and perforating services to complete the job in less than 23 days. Baker Hughes technology enabled the safe and effective abandonment of category two subsea wells using a service vessel rather than a rig, allowing the customer to save $2.4 million in time and costs.

Baker Hughes sets a drilling record in Egypt. The Kymera hybrid drill bit drilled through interbedded sandstone, clay, limestone, and anhydrite to 4,462 ft (1360 m) at an average rate of penetration (ROP) of 34.3 ft/hr (10.45 m/hr). The bit drilled the entire section to total depth in one run with a 4% increase in ROP and 18% reduction in cost per meter.

Baker Hughes successfully implements the MAX-GUARD clay stabilizer in the Putumayo, Colombia area in a formation that is extremely unstable. The customer wanted to maintain oil crude production by drilling injection wells and reduce operational time in formations that are highly tectonic in the area. The technology improved wellbore stability through pore pressure reduction and helped the customer drill the curve in 31 days.

Baker Hughes saves a North Sea customer more than $1 million with the FASTrak logging-while-drilling fluid analysis sampling and testing service. The technology was deployed in a highly deviated well and eliminated the need to run wireline. The customer had initially planned to obtain four samples, but because of excellent performance continued to obtain seven samples in the reservoir. By obtaining these samples, the customer was able to save two days of operational time and more than $1 million in drilling costs. The FASTrak system allowed the customer to obtain more samples in less time, which gave them the opportunity to properly characterize their reservoir fluids. 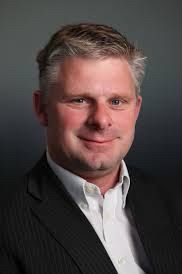