From 23 to 26 April 2013 at Wasser Berlin International, for the first time the focus will be on the Middle East. Founded in 2009, the Arab Countries Water Utilities Association (ACWUA) will be the official partner of the fair. 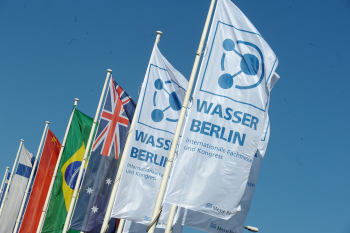 These countries not only have the same language in common, they are also faced with the same problems concerning water. Among these are a lack of resources while populations expand, emergent large conurbations, i.e. megacities, an inadequate infrastructure for water supplies and wastewater disposal, and the inability of water rates to recover costs, all this against a backdrop of high investment costs and a shortfall in specialist workers. These topics are the key focus of ACWUA.

Alongside the latest projects these are the topics that will be discussed at various forums and workshops during the fair. The association also plans to host a combined display of the Arab countries. Numerous high-ranking delegations will round off this collaboration.

In addition to companies representing all branches of the industry and the fair’s international dimension, the accompanying congress Wasser Berlin International will also be of great benefit to ACWUA. The association regards itself as a regional platform for knowledge transfer and for advising on best practices. It offers its members a variety of training programmes and hosts conferences such as the Arab Water Week in Amman.

The official registration deadline for exhibitors is 15 October 2012.