International technology Group Andritz received a contract for reconstruction and rehabilitation of two Francis units (178 MW each) for the Inga 2 hydropower plant, DR Congo. The contract value of this project, which is being supported by financing of the World Bank, is approximately 45 MEUR. Commissioning is scheduled for 2015. 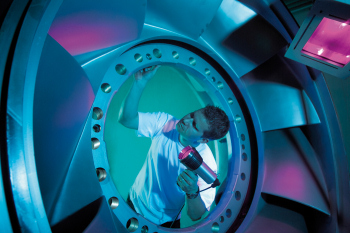 As part of a consortium, Andritz Hydro is responsible for the entire mechanical part of the rehabilitation including the repair and overhaul of the penstocks, the hydraulic steelworks, and the two Francis turbines. In order to achieve high efficiency with optimum performance, high reliability, and low maintenance requirements, all core parts of the turbines with runner diameters of 6.2 m will be newly designed and replaced by modern, robust equipment.

The Inga hydropower plant was built in the 1970s on the Congo River, about 300 km south of the capital, Kinshasa, and currently uses only a small part of the enormous hydropower potential available. With the modernization and repair of the two turbines, which have been out of service for many years, the government of DR Congo is taking an important step towards improving the country’s national electric grid, which presently suffers frequent outages.