AchemAmerica 2005, the international exhibition for process technologies, will take place for the second time in Mexico City from 12 to 15 April 2005.

It will be accompanied by an international congress programme focusing on the following topical themes: water management, new processes in chemistry and petrochemistry, life sciences and biotechnology. AchemAmerica is the major international event in Mexico and Latin America for the equipment branches of the chemical industry and process engineering. A marked increase is expected over the first event in 2002 which attracted 212 exhibitors and 5531 visitors. AchemAmerica is tailored to the regional situation and is supported by a strong network of local and international partners. It is a unique opportunity for exhibiting companies and visitors to forge and foster contacts. Here not only international large-scale industry, but also smaller and medium-sized enterprises and service providers can grasp the opportunities of this growth market.

Key themes of the exhibition profile

The Congress accompanying the exhibition will feature current developments on all issues concerning process technologies. The key themes are “Water and Waste Water Management”, “Novel Processes for Refining, SynFuels and Petrochemistry” and “LatAm-EU Cooperation in Life Science and Biotechnology”. Additionally, at the Business Meetings trends and opportunities for cooperations will be discussed which will open up new opportunities and contacts for cooperation with Mexico, particularly also for small and medium-sized enterprises.

Mexico’s Minister for the Economy, Fernando Jesús Canales Clariond, characterized Mexico with her worldwide network of free trade agreements as one of the best locations in the world for investments and economic cooperation. Mexico has a population of over 100 million and a tremendous wealth of resources, including oil, natural gas and minerals. For this reason the Mexican government is backing the development of a high-capacity chemical processing industry.

Mexico’s process industry experienced a dramatic upturn when the North American Free Trade Agreement (NAFTA) came into effect. The Free Trade Agreement between the European Union and Mexico in the year 2000 made this country an even more attractive prospect. Mexico has a total of 13 free trade agreements with 42 countries worldwide. Political stability, a sound currency and a well-qualified, motivated workforce are further strings to this country’s bow. For 2005 average industrial growth of around 4 % is predicted; the highest growth rates, of 6.5%, are targeted for the chemical, petrochemical and rubber industries.

In 2003 foreign direct investments in Mexico amounted to US$ 10.7 thousand million (bn), making it the most attractive location for investments in Latin America. Moreover, worldwide Mexico ranked among the leaders, for instance of the developing countries, Mexico came third after PR China (US$ 57 bn) and Hong Kong (US$ 14 bn). The Mexican Department for the Economy anticipates that in 2004 foreign direct investments will rise to US$ 15.6 bn. Economic institutes estimate that from 1994 to 2003 US$ 142.5 bn poured into Mexico.

PEMEX, the state-owned petroleum company, is planning major investments, especially in the petrochemistry and refining sectors. The petrochemical programme ‘Fenix’ alone, with contracts due to be signed in April 2005, has a volume of US$ 2 bn. Moreover in other sectors of the chemical industry, in pharmaceutical and food technology and environmental protection there is a huge demand for investments for technologies, plants and components, and for know-how for training and continuing education purposes.

All the major international chemical and pharmaceutical companies are represented in Mexico. A workforce of 65,000 and 15% share of GDP single out the chemical industry as one of the most important industrial sectors. Moreover the investment activity of the pharma industry remains unabated: according to AMIIF, the Mexican Association of Pharmaceutical Research, in the current year 26 companies have invested over US$ 400 million (m). These companies are clearly oriented towards the NAFTA market. Viewed from this perspective, AchemAmerica 2005 provides an optimal setting for the presentations of the equipment branches for the process industries.

AchemAmerica is organized by DECHEMA - Society for Chemical Engineering and Biotechnology, Frankfurt am Main, whose ACHEMA worldwide concept provides a platform committed to the high standards of ACHEMA in each of the three large economic regions, the EU, the Far East and North America. DECHEMA’s partners and supporting institutions are IMIQ (Instituto Mexicano de Ingenieros Químicos), ANIQ (Asociación Nacional de la Industria Química), CONIECO (Consejo Nacional de Industriales Ecologistas), CAMEXA (Deutsch-Mexikanische Industrie- und Handelskammer), AIChE (American Institute of Chemical Engineers), Confederación Interamericana de Ingeniería Química, Interamerican Confederation of Chemical Engineering, GIFIC (French Association of Suppliers of the Chemical Industry), VDMA (Verband Deutscher Maschinen- und Anlagenbau) and the European Federations of Chemical Engineering, Corrosion and Biotechnology. The fact that the German Federal Ministry of Economics and Labour has once again approved the inclusion of AchemAmerica in its support programme underscores the significance attributed to this event for the German economy. Other countries, such as the USA, France, Belgium and Great Britain, also plan to have joint stands there. The presence of DECHEMA in Mexico City with colleagues on the spot will prove to be a strong asset for acquisition and promotion campaigns for AchemAmerica, particularly in Mexico and the Spanish-speaking countries.

in Frankfurt on Main, Germany. The society was founded in 1926 and meanwhile has over 5,000 private and institutional members. DECHEMA is dedicated to the development of chemical technologies and processes and to acts as an intermediary between R&D and industry. Based on the ACHEMA concept, DECHEMA organizes the following International Exhibition- Congresses on Chemical Engineering and Biotechnology on three continents under the label “ACHEMA worldwide”:

Biotechnology is held every 3 years (since 1920) in Frankfurt am Main/Germany. Over 4,000 exhibitors and 200,000 visitors from more than 100 different countries use this major international event for equipment suppliers of the chemical industry and all branches of the processing industry to exchange ideas and experience and to forge new contacts.

AchemAsia – International Exhibition-Congress on Chemical Engineering, Environmental Protection and Biotechnology held every 3 years (since 1989) in Beijing/PR China – the gateway to China’s process industry

ACHEMAMERICA – International Exhibition-Congress on Chemical Engineering, Environmental Protection and Biotechnology held every 3 years (since 2002) in Mexico City/Mexico – the forum for technology transfer and international contacts in Latin America. 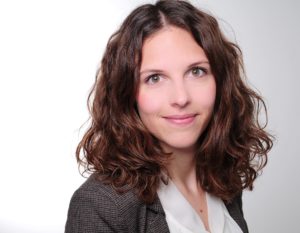