Sylvester was most recently President & CEO of “Current, powered by GE”, a GE startup business that was acquired in April by New York-based private equity firm American Industrial Partners. Having spent her career at GE, she held several executive-level positions, including President & CEO of GE Lighting, of GE Intelligent Platforms/GE FANUC, which was GE’s longest-running joint venture with a Japanese company, and of GE Quartz.

“Maryrose Sylvester brings extensive experience of managing and transforming industrial businesses and of applying digital technologies in industry,” said ABB Chairman and CEO, Peter Voser. “Her proven track record at GE makes her an ideal candidate to run our Electrification business in the US and to be our CMD for the US.” Sylvester is a board member of Harley-Davidson and a member of the board of governors of the National Electrical Manufacturers Association. She also sat on GE’s Corporate Executive Council and its Commercial Council, and was a member and co-founder of GE’s Women’s Network.

“On behalf of the Board of Directors and the Executive Committee, I would like to thank Greg Scheu for his many years of committed service to ABB in numerous leadership roles, and especially for his strong contributions as Region President Americas, US Country Managing Director, and head of Group service and business integration,” Voser said. “Under his direction, ABB has significantly strengthened its market presence in North America and positioned itself as a digital technology leader among key customer groups. We wish him every success in his future endeavors.” 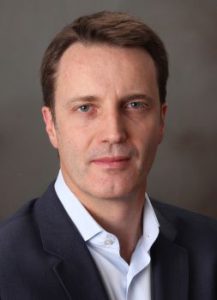