3600 Grundfos-employees in Denmark get new CEO 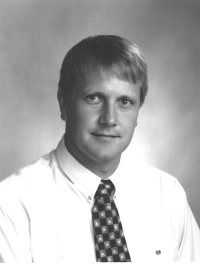 Grundfos A/S in Denmark is both the oldest and largest production company in the Grundfos Group. Approx. 3,600 people are employed there and last year the turnover was 3.3 billion DKK of which 91% derives from export earnings.

Lars Aagaard succeeds Poul Vesterbæk who, after 25 years at Grundfos and after 7 years as CEO of Grundfos A/S and Vice Group President, will be leaving Grundfos in accordance with the Group's retiring age for top executives. Poul Vesterbæk, who will turn 60 in the autumn, will from the turn of the year dedicate his work to his position as Mayor of Bjerringbro, Denmark, to which he was elected in November last year.

Lars Aagaard is 38 years old and has worked for Grundfos A/S for 10 years. After finishing his training as a Marine Engineer in the A.P. Moller Group in 1986, Lars Aagaard worked as a Department Manager in a small production company before he came to work for Grundfos in 1992. He started out in charge of building up the Quality Department at the factory in Aalestrup, Denmark, and in 1997 he was appointed Manager of Production Technique. After having finished his MBA in Technology Management at the University of Aalborg, Denmark, he became Manager of the UP factory. In January 2001 Lars Aagaard was appointed Director and in August that year he became Process Director and a member of the Board of Directors of Grundfos A/S.

Freudenberg Sealing Technologies today announced that Dr. Theodore Duclos, Chief Technology Officer (CTO), has elected to retire from the company on June 30 after more than 25 years of service. Dr. Duclos, who is recognized for championing innovative approaches to technology and manufacturing processes, has agreed to continue in an advisory role with Freudenberg’s e-Power Systems Business Group.