2016 Marks the 75th Anniversary of the British Pump Manufacturers Association

The preceding three quarters of a century has borne witness to enormous changes in both the pumps arena as well as the wider world. Back in 1941 in the UK, we were in the firm grip of World War 2 with all the inherent difficulties that it created. Although many aspects relating to pumping have changed since then, some of the fundamental engineering principles behind the technology remain the same today. 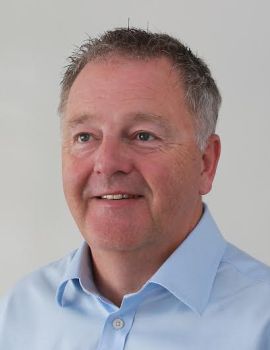 “Being elected as President of the BPMA is a great honour and one which has been heightened by the added good fortune that my term in office coincides with its 75th Anniversary – an impressive milestone for any organisation.

With a story that starts in 1941, the foundations of the BPMA can be traced back to Peat Marwick Mitchell (who provided the P M cornerstones of today’s global accountancy giant - KPMG). Back then their role was to control the allocation of strategic materials to the industry.

By 1965, the BPMA had established its own offices and officers with Sir Peter Parker being the first President. With only five Directors at the helm, E.F.E. Howard until 1972, F.D. Outridge until 1982, B.F.Glanfield until 1993, latterly B.Huxley until 2013 when our current Director Steve Schofield took the role, this has allowed for a seamless direction throughout a period that has witnessed great technological change.

Such continuity has not been quite so visible and marked in the pump industry itself, as member companies have come and gone as well as it witnessing a range of take-overs and mergers as has also been reflected in other key industries in modern times, something we can see continuing into the future.

Moving from being a standalone institution, the BPMA has joined forces with Europump and this has allowed us to work closely with, as well as to influence, European strategy. This has in turn led to the deployment of important new standards that have had a major impact on EU legislation including the instigation of important Directives. Indeed the BPMA has taken a lead within Europump to develop a variety of strategies, of particular note is the Energy strategy, which drove the greatest change the industry has seen to date from both a national and European perspective. We also maintain a healthy working relationship and share key information with our American colleagues, the Hydraulic Institute.

The role of the BPMA goes beyond addressing issues relating to legislation, but also for the past 20 years has provided pump technology training for the wider industry in order to satisfy member and non-member requirements and maintain the highest standards and best practice within the industry.

I firmly believe that we can look forward to the future with confidence, as today we have a strong membership base, a firm strategy for the future and the willingness and drive to see projects through”