2013 AHR Expo Returns to Site of Its Largest Southwest Event

AHR Expo will return to the site of its largest Southwest event on January 28-30, 2013, at the Dallas Convention Center.

The 2007 AHR Expo in Dallas occupied the entire convention center and attracted more than 47,000 total attendees, including over 28,000 visitors, from around the world to see the latest products and innovations on display from nearly 1,800 exhibitors. However, based on an improving economy and new HVACR innovations and technologies, the 2013 event could surpass the 2007 Show.

“The last three Shows have all established new records for their regions of the country,” said Clay Stevens, President of International Exposition Company, which produces and manages the AHR Expo. Stevens pointed out that the 2011 Las Vegas AHR Expo and 2010 Orlando event both set new records for number of registered visitors for Western and Southeastern Shows, respectively. The 2012 Chicago Show set all-time records for visitor registration and square footage."

"We believe the 2013 Dallas event will also benefit from an improving economy and HVACR industry advancements,” Stevens predicted. Other indications that the 2013 AHR Expo Dallas Show will be a strong event are: 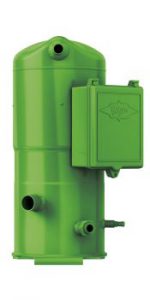 The new Bitzer Orbit+ models enable system manufacturers to fulfil the requirements of the European Ecodesign Directive. They are equipped with a line start permanent magnet motor, which achieves unmatched efficiency levels that improve the seasonal performance (SEER/IPLV) by up to 8 per cent while also increasing cooling capacity by up to 5 per cent.